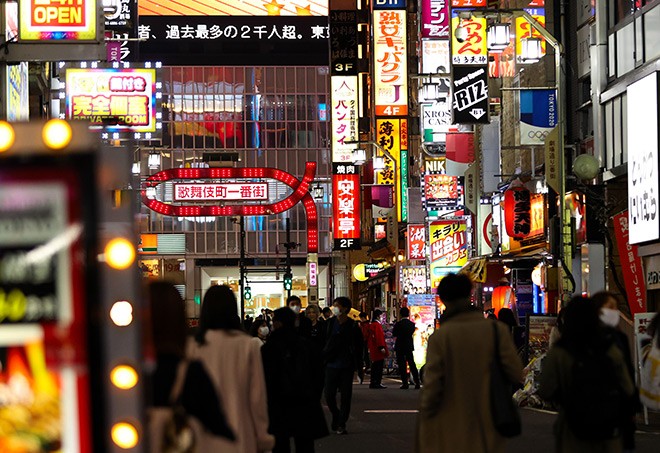 The mayor of Shinjuku Ward in Tokyo lashed out at a planned ordinance that would penalize people who spread the novel coronavirus, calling it “nothing but playing to the gallery.”

“It’s unthinkable to treat (COVID-19 patients) as criminals,” Mayor Kenichi Yoshizumi said at a Nov. 19 news conference. “Public health centers would not be able to do such things as their job, either.”

Tomin First no Kai (Tokyo residents first association), the largest regional political party in the Tokyo metropolitan assembly, announced the draft ordinance in September and plans to submit it to the assembly’s regular session scheduled to start in December.

Under the planned ordinance, infected people and business operators would face administrative fines of up to 50,000 yen ($481) if they spread the virus after failing to comply with health officials’ requests to stay at home or suspend or shorten their business operations.

Other parties in the assembly also criticized the draft ordinance, saying it “helps promote discrimination against infected individuals.”

Yoshizumi said it makes no sense to penalize only COVID-19 patients, given that there are no such punishments for patients with more deadly diseases.

If adopted by the assembly, the infection-prevention ordinance would be the first in the nation containing a punitive clause against offenders, according to Tomin First no Kai, which was set up by Tokyo Governor Yuriko Koike.

Yoshizumi also criticized the party for touting the draft ordinance as a first in Japan.

“If creating such a punitive clause becomes an end in itself, that is nothing but playing to the gallery,” he said.

He added that the party is putting its own interests ahead of those of residents in the capital.

“It’s not Tokyoites first, but ‘Tomin First first,’” he said.

The ordinance would call on public health centers to handle the task of cracking down on offenders.

Yoshizumi pointed out that solid evidence is required before punishments can be meted out, but public health centers under the jurisdiction of his ward government cannot prove that a person is the one who has spread the virus.

More than 3,000 people have been confirmed infected in Shinjuku Ward so far, and public health center officials are already busy dealing with new patients and the paperwork involved, he said.

“I think it’s an ordinance that forces front-line staff to enforce the crackdown,” the mayor said. “It’s absurd that (a political party) plays to the gallery at the expense of exhausted local public health center officials.”