Japanese woman killed in Brazil died from blow to the head 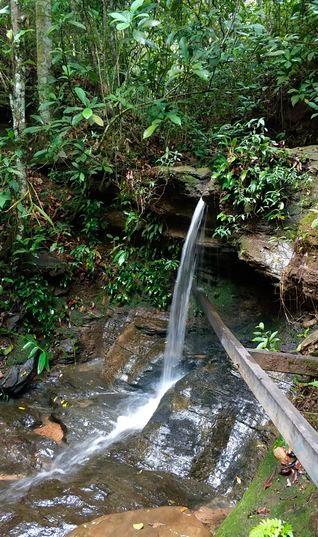 RIO DE JANEIRO--The Japanese woman whose body was found next to a waterfall in Brazil’s Goias state died as a result of a blow to the head, probably from a blunt rock, according to the detective leading the investigation.

The 18-year-old Brazilian man who confessed to killing Hitomi Akamatsu claimed in his first interrogation that he had used her blouse to strangle her, detective Isabella Joy told The Associated Press by phone. A forensic report from Goiás state’s crime lab that came back on Friday indicated cranial trauma was the actual cause of death.

The man, who local press has identified as Rafael Lima da Costa, is under preventative arrest for homicide resulting from a robbery and for hiding a cadaver.

Akamatsu moved to the city of Abadiania to seek treatment for her skin cancer after she survived a nuclear accident in Japan, Joy said. She remained there after the arrest of the spiritual healer known as Joao de Deus, or John of God, who drew people from all over the world to his small city two hours west of Brazil's capital with promises he could treat everything from depression to cancer. Last year, he was found guilty of committing multiple rapes.

Akamatsu's body was found in a ditch beside the waterfall after her friend reported her missing, which prompted authorities to send out a search party with tracker dogs.

Security camera footage showed da Costa following Akamatsu, and later returning with his blouse over his shoulder, Joy said. While the woman’s blouse hasn’t been located, other clothes of hers as well as an exercise mat were found burned inside an abandoned home near the waterfall. Her underwear was also found in the woods, and has been sent for forensic analysis.

Almost one week had passed between Akamatsu’s death and the day her body was found. The time elapsed combined with the humid environment caused fast decomposition and made it impossible to confirm whether she had been raped, which da Costa hasn’t confessed to having done, Joy said.

Da Costa said he had intended to rob somebody to pay off a drug debt, and that she had passed him by. Another interrogation is expected next week.

The man doesn’t have a lawyer and will most likely be appointed a public defender, Joy said. The AP was unable to reach him to seek comment.