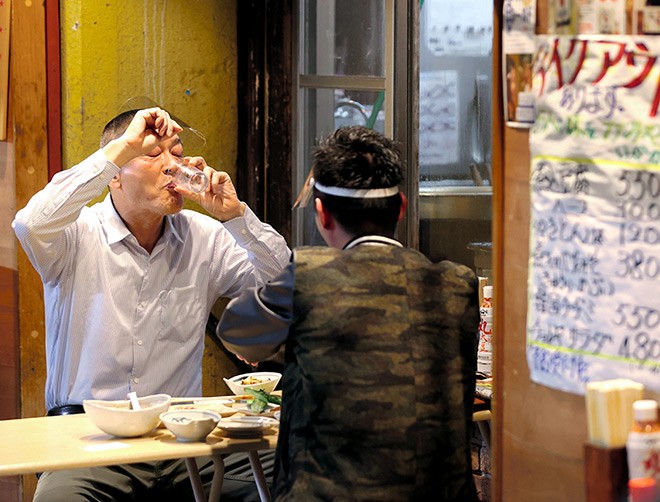 Customers at a restaurant in Tokyo's Shinbashi district use face shields to protect themselves against COVID-19. (Nobuo Fujiwara)

Fresh COVID-19 cases in Tokyo fell under 400 for the first time in five days on Nov. 22 but only slightly.

Tokyo metropolitan government officials said there were 391 cases recorded that day after three consecutive days of 500 or more new cases.

In Osaka Prefecture, the number of new cases continued to increase on Nov. 22.

The prefecture broke the record for new cases for the fourth consecutive day with 490. The total number of COVID-19 cases in the prefecture reached 17,715.

Meanwhile, Hokkaido authorities reported 245 new cases on Nov. 22, of which 153 came in Sapporo, the capital of the main northern island.

Asahikawa in central Hokkaido had 40 cases, with an infection cluster reported at Asahikawa Kosei General Hospital where 28 people were confirmed infected. There were concerns about the outbreak's effect on medical care services because the hospital is a core medical facility in that area.

Forty patients were classified as having severe symptoms that require the use of a ventilator or an extracorporeal membrane oxygenation (ECMO) device, which circulates blood through an artificial lung. The figure was unchanged from the previous day.

Tokyo raised its alert for the novel coronavirus pandemic to the highest level 4 on Nov. 19.