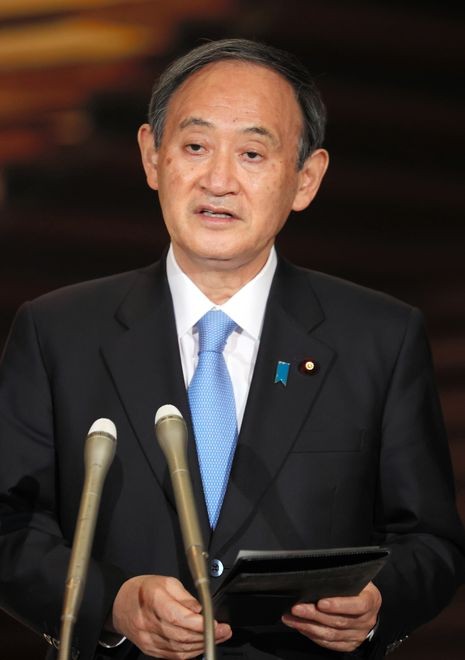 Prime Minister Yoshihide Suga said on Sunday that his country will lead international efforts to combat climate change, in comments on the sidelines of the G-20 summit.

Suga has already said that Japan will aim for net-zero emissions by 2050, making a green society one of his key policy priorities.

"Addressing climate change is not a constraint on economic growth," said Suga. "We will lead international society in realizing a decarbonized world."

Under international pressure to do more to address global warming, Chinese President Xi Jinping told the G-20 that China would implement its own initiatives including achieving carbon neutrality by 2060.

Japanese lawmakers on Thursday declared a climate emergency in a symbolic vote aimed at increasing pressure for action to combat global warming, after Japan last month committed to its firm timetable for net-zero emissions.

With the vote, Japan, the world's fifth-biggest carbon emitter, joins Britain, Canada and France in similar resolutions, as well as the European Union as a bloc and nearly 2,000 regional and city authorities around the world.