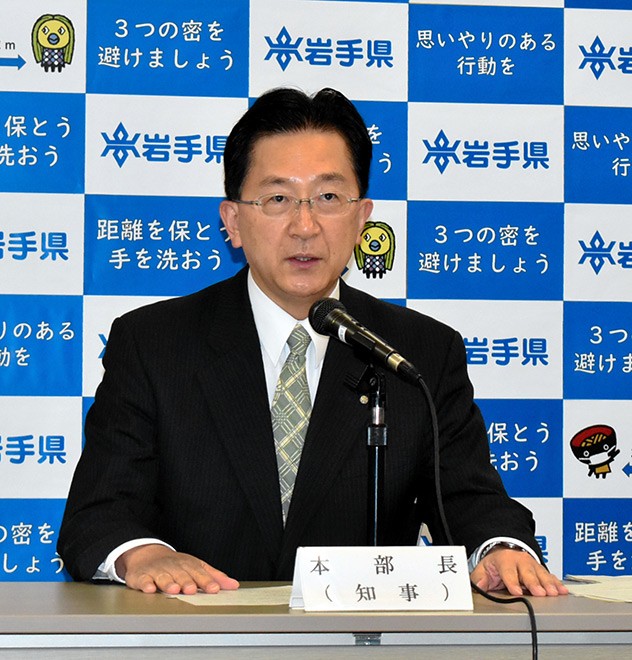 Iwate had prided itself as the last prefecture in Japan with zero novel coronavirus infections, but its first case was confirmed in late August, and it now has 141 total infections.

The figure in Tokyo further plummeted on Nov. 23, but Mondays typically have lower numbers in the capital because they reflect days when fewer people get tested.

The tally in Osaka Prefecture also dropped, to below 300 for the first time since Nov. 18.

However, Osaka Governor Hirofumi Yoshimura said on a television program on Nov. 23 that he will ask the central government to suspend the Go To Travel campaign in the city of Osaka, where infections have surged recently.

He also said he might ask bars and restaurants in Osaka's nightlife districts to close at 9 p.m. He will discuss both issues on Nov. 24 during a meeting at prefectural government headquarters.

Hokkaido also indicated it will accept being removed from the Go To Travel campaign.

The Hokkaido government confirmed 206 new infections and three COVID-19 deaths on Nov. 23. It was the sixth straight day for the northern main island to report more than 200 new cases.

Among those cases, 140 were reported in the capital of Sapporo, where two infection clusters were confirmed.

At a driving school, five drivers of the school’s courtesy bus tested positive. Five residents at a nursing home were also confirmed infected with the virus.

Thirty-four people who tested positive were 65 years old or older.

Forty-one patients were classified as having severe symptoms that require the use of a ventilator or an extracorporeal membrane oxygenation (ECMO) device, which circulates blood through an artificial lung. The figure increased by one from the previous day.

The total number of people who have tested positive in the capital has reached 38,022.

In Miyagi Prefecture, eight prefectural assembly members who belong to a parliamentary group of the Liberal Democratic Party and Kenmin Kaigi and two of their staff members tested positive.

In Wakayama Prefecture, 11 new cases were confirmed. Six men and women, all between 70 and 89, who had attended a karaoke contest and a practice session, tested positive. The prefectural government believes it is an infection cluster.