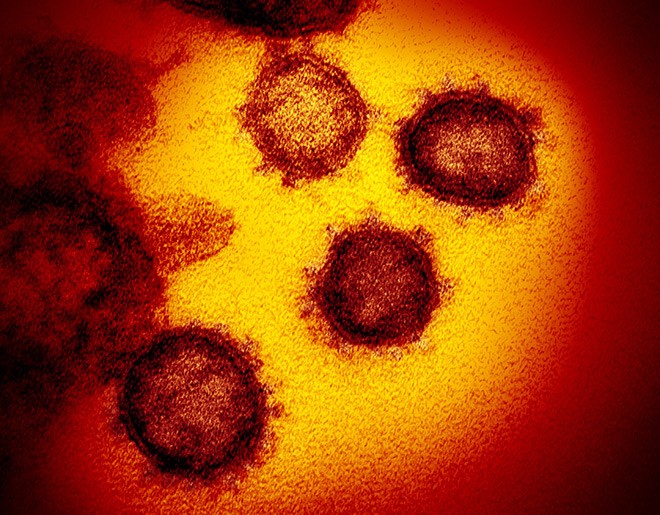 An electron microscope image of the novel coronavirus (Provided by the U.S. National Institute of Allergy and Infectious Diseases)

Japan's number of severely ill COVID-19 patients reached 331 on Nov. 22, topping the previous high of 328 logged during the first wave of infections in the spring.

The previous record was set on April 30, when the country was under a state of emergency over the novel coronavirus pandemic. The latest count more than doubled in three weeks from the 163 cases confirmed as of Nov. 1.

A total of 18,019 patients were hospitalized for COVID-19 nationwide as of Nov. 22 with the number of those with severe symptoms up by eight from the day before to 331, according to data released by the health ministry on Nov. 23.

The data also shows the number of severe cases has continued rising since Nov. 1 and reached 272 on Nov. 16.

The figure topped the 259 logged on Aug. 23, the highest during the second wave of infections.

The death toll from the virus for the month of November also hit 208 as of Nov. 21, already exceeding the 195 recorded for October.

During the current third wave of infections, severe cases and elderly patients account for a larger portion of total COVID-19 cases, compared to the second wave, when many patients were young and had mild or no symptoms.

If the number of severely ill patients keeps rising, it could force hospitals to cut back on treating patients with other diseases, such as accepting emergency patients and performing surgeries, given their limited capacity to accept severe cases.