Abe’s side probed over payments for banquet held for supporters 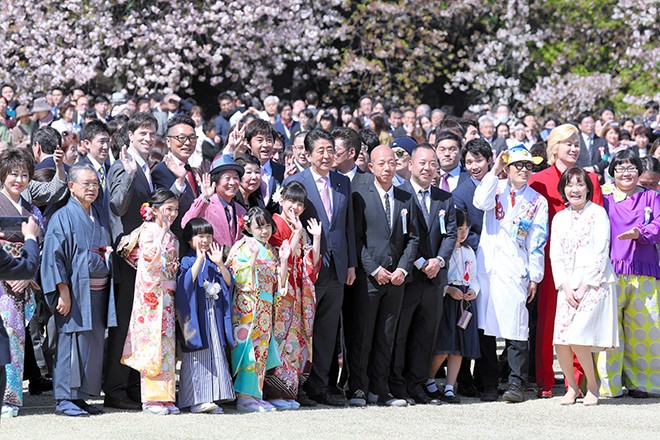 The payments helped to cover the difference between the cost of the dinner parties and the fees the participants were charged, the sources said.

The support group did not list the costs of the events in its income and expenditure reports on political funds, a possible violation of the Political Fund Control Law, they said.

The special investigation squad of the Tokyo District Public Prosecutors Office has questioned a chief government-paid aide to Abe and officials in charge of accounting at the support group on several occasions on a voluntary basis.

A group of 662 lawyers and scholars in May filed a criminal complaint against Abe and two of his senior aides over the 2018 banquet. The group says payments covering the difference could also constitute an endowment to voters in Abe’s constituency, an act banned under the Public Offices Election Law.

The state-paid aide headed a political group that held dinner receptions at an exclusive Tokyo hotel between 2013, after Abe took office as prime minister in December 2012, and 2019. Abe stepped down in September this year.

The receptions took place the night before the prime minister hosted tax-funded cherry blossom viewing parties in the capital.

Most of the dinner guests were voters from Abe’s constituency in Yamaguchi Prefecture. Each participant was charged 5,000 yen, a rate well below the hotel’s normal pricing.

But the political group did not document those events in its income and expenditure reports on political funds.

Abe explained that his office’s staff members collected the fees from the participants to pay the total amount directly to the hotel. But the events were not mentioned in the reports because his office and support organization “did not make any revenues or expenditures at all,” he said.

However, receipts produced by the hotel show that Abe’s side did pay money, or expenditures, in connection with the receptions, according to the sources.

The receipts also indicated that Abe’s side made up the balance because the participants’ fees alone were not enough to cover the overall cost of the dinner parties.

Although the criminal complaint focused on the 2018 dinner party, the difference between the collected fees and the actual costs could total several million yen over the years, the sources said.

Abe on Nov. 24 declined to comment on the questioning of his aides by investigators.

“My office is fully cooperating with investigators,” he told reporters. “I cannot answer your questions at this stage since the probe is under way.”

Chief Cabinet Secretary Katsunobu Kato also declined to comment on the matter at a news conference on Nov. 24.

“The government has always refrained from commenting on an ongoing investigation,” he said.

Opposition parties have questioned Abe about the issue in the Diet when he was prime minister, suspecting his office may have shouldered the disparity because the price per guest was “too low.”

But Abe denied the allegations, saying, “Guests paid the price set by the hotel, which apparently took into account that most of the participants stayed overnight there.”

The opposition bloc is now poised to pursue the issue by having Abe answer questions as an unsworn witness in the Diet.

Jun Azumi, chief of the Diet affairs committee of the main opposition Constitutional Democratic Party of Japan, told reporters on Nov. 24 that his party will demand that Abe appear at the Lower House Budget Committee on Nov. 25.

“Although Abe is no longer prime minister, his responsibility is still grave,” Azumi said. “He should explain the circumstances himself.”