‘What a mess!’ Osaka, Sapporo face removal from ‘Go To’ plan 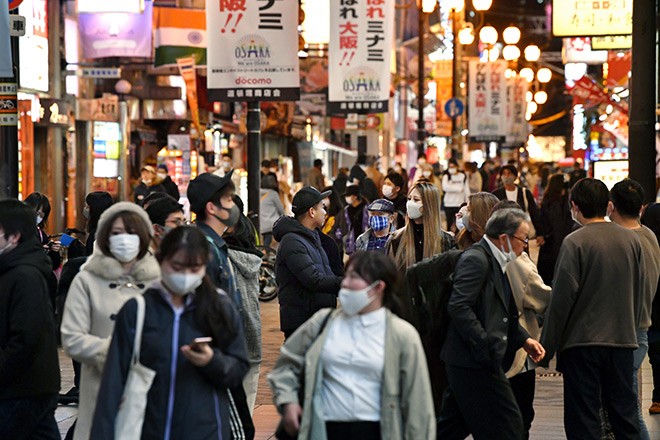 The central government will remove two major tourist cities, Osaka and Sapporo, from its “Go To Travel” campaign, creating confusion among travelers hoping to benefit from the tourism-promotion program during the COVID-19 pandemic.

Subsidized trips to the two cities, hit hard by the third wave of novel coronavirus infections, will be unavailable for at least three weeks, tourism minister Kazuyoshi Akaba said at a Nov. 24 news conference after a Cabinet meeting.

He said that people who have already booked hotels or arranged travel packages in Osaka or Sapporo during the targeted period will not receive the deep discount provided under the Go To Travel campaign, but they will not have to pay for cancellation fees if they forgo those trips.

The government, in principle, will pay tourism businesses 35 percent of each canceled trip as compensation for the lost business.

“This is a precaution to avoid placing a burden on the health care systems in regions where there are many (COVID-19) patients with severe symptoms,” Akaba said, adding that other areas could also be excluded from the campaign depending on the situation.

A final decision is expected soon.

While government officials hope the announcement will prevent travelers from crowding Sapporo and Osaka, residents of the two cities can still use the Go To Travel campaign for subsidized travel.

Anger was expressed by those who were looking forward to visiting the cities.

“What a mess! Now I have to pay a full price!” one person posted on social media.

Many would-be travelers have started the rebooking process and are searching for cheaper accommodations.

Others criticized the government’s logic.

“But traveling from the excluded areas is OK, right?” a person commented on a social networking site. “It makes no sense at all.”

Another wrote, “Traveling to there is bad, but traveling from there is fine. Why?”

A 40-year-old company employee in Yokohama has booked a hotel in Osaka for a family trip during the New Year holidays. She now does not know what to do about the vacation plan.

“The government should have set a standard for a rule change like this and explained it,” she said. “The government has been one step behind on everything, and people have been forced to run around in confusion. It’s such a waste of taxpayers’ money.”

The government has been urging the public to take extra precautions against infections of the novel coronavirus, but at the same time continues to entice people to travel around the country with offers of steep discounts under the Go To Travel campaign to prop up the struggling tourism industry.

Health experts have said the tourism promotion program is contributing to the rising number of infections.

The tourism ministry’s website on Nov. 13 said the Go To Travel campaign has risks attached, and operation guidelines may change depending on the pandemic situation in the targeted areas.

It also urges travel agencies, booking website operators and others to “explain the risks thoroughly to tourists.”

The website did little to prevent a flood of inquiries from customers who have already made travel plans to Osaka or Sapporo.

A staff member of a major travel company said stressed customers have repeatedly asked, “What is going to happen to my trip?” and “What happens if I cancel my plan?”

“We thought we explained the central government’s guideline to customers, but we have to admit the possibility that they did not understand it,” the employee said.

The exclusion of inbound trips to Sapporo and Osaka from the campaign could have a ripple effect, and people might start canceling their trips to other areas, the staff member said.

Hoshino Resorts Inc., an operator of pricy hotels nationwide, on Nov. 21 notified people who have booked rooms through its official website that they can stay for the discounted price even if the campaign is suspended in those areas.

“We sent email to ease our customers’ concerns. We will see what the government will do and discuss what to do,” a company representative said.

(This article was written by Erina Ito, Yoshitaka Ito and Kenro Kuroda.)