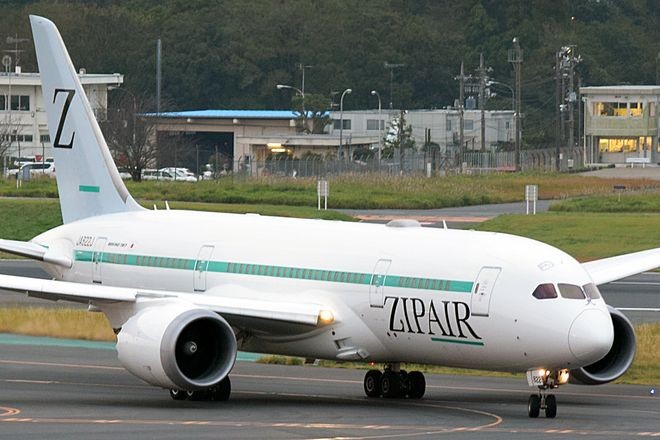 While the COVID-19 pandemic has forced a slew of airlines to slash staff and planes, ANA Holdings Inc. and Japan Airlines Co. are expanding the low-cost carrier (LCC) services under their wings.

The carriers appear to be making the move to get out in front of a post-pandemic business rebound.

"When there's a recovery in demand, we'll be ready to make a fast start," said Shingo Nishida, president of Zipair Tokyo Inc.

Zipair Tokyo will start offering flights from Narita Airport near Tokyo to Honolulu on Dec. 19, the airline announced on Nov. 20.

The wholly owned JAL subsidiary will be the nation's first LCC to serve a route from Japan to Honolulu, which will utilize its mid- and long-distance jets.

The carrier will operate 16 non-regular roundtrip flights to the destination until January 2021 and then consider continuing to offer it from February onward.

The Narita-based LCC currently offers flights to Bangkok and Seoul. But its percentage of seats filled hovers at around 5 percent, remaining well below the profit line and depending on profits from cargo flights.

Because cargo is transported from the Hawaiian capital to other locations across the United States, the company said it can also expect cargo demand on the Honolulu route.

Zipair Tokyo plans to add two more planes in the next business year and introduce flights connecting Narita and a city on the U.S. West Coast.

The LCC is already set to launch flights from Chubu Airport to New Chitose Airport in Hokkaido and Sendai Airport in Miyagi Prefecture on Dec. 24.

Peach Aviation is making the move as it believes that though demand has yet to fully recover due to the spread of teleworking, which has reduced business travel, large room for growth in tourism demand remains.

While ANA Holdings plans to start up a new LCC brand in the business year beginning on April 1, 2022, it will also bolster the partnership between Peach Aviation and All Nippon Airways Co.

JAL plans to raise 180 billion yen ($1.72 billion) through a capital increase, it announced in November, and intends to apply part of the funds to strengthen its budget airline operations.

To secure profits, both the ANA and JAL groups aim to make up for losses from their core companies, which are strong players in the business travel market, by making use of their LCCs, which are attractive options for tourism passengers.

(This report was written by Takehiro Tomoda and Kohei Kondo.)