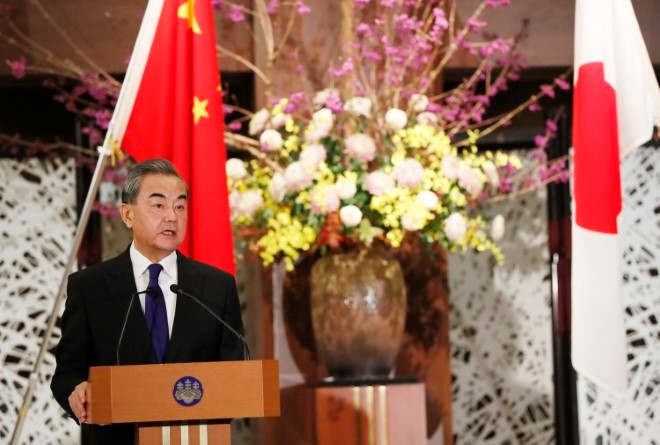 SEOUL--Chinese Foreign Minister Wang Yi is due to visit South Korea on Wednesday amid talk of a trip to Seoul by Chinese President Xi Jinping.

Wang, who is also a state councilor, is scheduled to arrive in Seoul after spending two days in Tokyo and will meet his counterpart Kang Kyung-wha on Thursday, according to South Korea’s foreign ministry.

The two will discuss a range of bilateral, regional and global issues, including North Korea, the coronavirus and an incoming U.S. administration under Democratic President-elect Joe Biden, Seoul officials said.

Wang’s trip comes as the two countries discuss the possibility of Xi’s visit to Seoul, which had been expected early this year but was postponed as the pandemic disrupted the diplomatic calendar.

Kang said early this month that both sides were arranging a Xi trip on the assumption he would come "as soon as the COVID-19 situation stabilizes."

Wang is the second senior Chinese diplomat to be in South Korea since the coronavirus emerged in China late last year, following an August visit by Yang Jiechi, a member of the Communist Party Politburo.

Both countries have largely successfully tackled their coronavirus outbreaks.

The two countries remain at odds over a U.S. missile defense system installed in South Korea in 2017, which Washington and Seoul say is designed to defend from North Korean missile threats but China fears could undercut its security interests.

China, North Korea’s sole major ally, has played a key role in efforts to put a negotiated end to its nuclear program in return for U.S. sanctions relief, but talks have stalled since last year.