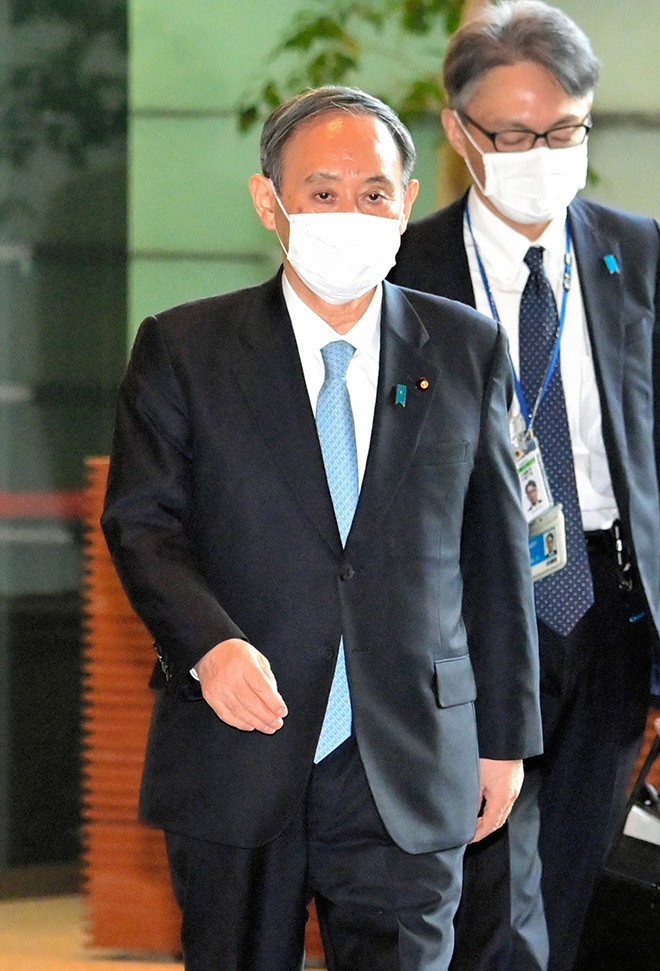 Prime Minister Yoshihide Suga weighed in on the resurgence of COVID-19 cases in various parts of Japan and vowed to overcome the infection spread “by all means.”

Except for an obvious one pushed by health experts.

Suga, who spoke to reporters on the evening of Nov. 26, did not answer questions about whether he would further restrict or even end the Go To Travel campaign, which has come under increasing criticism.

“The next three weeks are very critical,” Suga said.

Officials at the prime minister’s office have expressed concerns that removing such urban areas from the tourism-promotion program would negatively affect the economy and employment.

“If we have to exclude even outbound travels from Tokyo, then the project itself will lose its meaning,” an official said.

“Areas that have taken in visitors from cities will be significantly affected,” another said.

Suga said in the Lower House on Nov. 25, “Go To Travel is extremely effective in supporting local economies.”

Later that day, the central government’s panel of experts dealing with the pandemic recommended that the government omit tours and travel packages departing from certain hot spots from the campaign.

Specifically, the panel said areas where the COVID-19 situation is the equivalent of Stage 3 should be excluded for both inbound and outbound travel. The four-stage system was set by the panel to indicate the risk of infection.

Inbound trips to two major cities, Sapporo and Osaka, have already been dropped from the campaign until Dec. 15. But residents in these cities can still travel outside the municipal borders and receive the campaign benefits.

Health experts have noted the obvious: People living in virus hot spots could be infected with the virus, and enticing them to travel with discounts could end up spreading the infections to wider areas.

At least six prefectures--Aichi, Osaka, Tokyo, Hyogo, Okinawa and Hokkaido--have reached more than half of the conditions for Stage 3. But none of the governors has officially declared a Stage 3 situation.

The original draft of the panel’s proposal did not include the recommendation to exclude the outbound trips from the Go To Travel campaign, sources said.

But panel members during the Nov. 25 meeting agreed to include the request.

“After all, dropping both inbound and outbound travel is necessary,” a member explained.

Shigeru Omi, who heads the panel, said, “It is very important for (people) not to leave such areas.”

Another panel member expressed frustration with the government’s half-hearted approach to the issue.

Toshio Nakagawa, president of the Japan Medical Association, has said there is “no doubt” the Go To Travel campaign triggered a sharp increase in the number of infections.

The government, however, has maintained that there is no scientific evidence that the tourism-promotion program is a primary factor in the spread of infections.

It has also explained that dropping an area from the travel campaign on a destination basis is “a preventive measure to avoid overburdening the local health care system.”

Exclusion based on point of departure, therefore, would contradict the government’s stance.

Hotels and other businesses in the tourism sector would also have to deal with additional paperwork if the additional restrictions are set.

Customers who make reservations would be asked to self-report their home addresses and show identification, such as a driver’s license, when they check in at a hotel.

But some people have more than one address, and it is not easy for hotel staff to check where exactly the guests are traveling from.

Some travelers have already booked hotels directly without revealing their home addresses.

“We will have to deal with a lot of confirmation work if we need to tell customers about price changes,” a staff member of an expensive hotel in Tokyo said.

(This article was written by Ayako Nakada and Naoyuki Takahashi.)