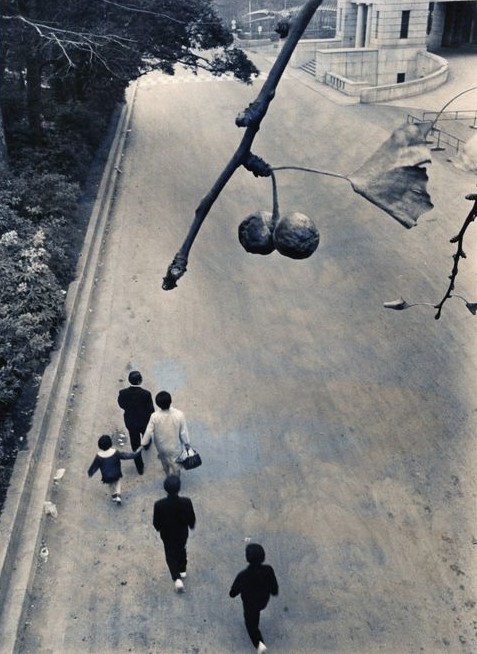 A man named Kazu, born during the first decade of the Showa Era (1926-1989), is the protagonist of the novel "JR Ueno Eki Koen-guchi" by female author Yu Miri, an ethnic Korean resident in Japan.

Translated into English and published as "Tokyo Ueno Station," it won this year's National Book Award for Translated Literature in the United States.

The author portrays socio-economic disparities during the era of Japan's postwar economic miracle, through the poignant life of a man who left his hometown in Fukushima Prefecture to find work in Tokyo.

Her depiction of Ueno Park in autumn, abutting the eponymous train station, leaves a lasting impression.

As a homeless laborer camping out in the park, Kazu ekes out a paltry income by picking fallen ginkgo nuts. Even though he is denied the luxury of appreciating the changing seasons, he is still mesmerized by the sight of golden ginkgo leaves that feel to him like messengers of light.

After finishing the novel, I strolled in the park for the first time in ages.

The ginkgo leaves were already ablaze in their autumn glory, ready to peak soon. There was something sublime about the dense, leafy trees basking in the autumn afternoon sun. The ground under the trees was heavily carpeted with fallen golden leaves and countless ginkgo nuts.

Standing close to a soaring, huge ginkgo tree for a closer inspection of its trunk, I saw hollows and old cracks that had healed.

This must be what is called "sensai-boku" in Japanese, literally a "war survivor tree." Perhaps it was damaged in an air raid in the final months of World War II, or it could have even come under fire during the Boshin War of 1868-1869.

I made an enquiry at Kan-eiji Temple that once controlled this district, and found out that ginkgo trees were planted during the Edo Period (1603-1878) as a firebreak.

Yu's narrative evolves around the woes of a thoroughly decent, honest man who is predeceased by his wife and oldest son and loses his will to continue living.

Reading it while the COVID-19 pandemic rages, something that none of us can hope to bring under control no matter how hard we try individually, the story hits us with a painful reality that almost makes me gasp.

Some ginkgo trees are said to live for 1,200 years. Wondering what human fortunes and misfortunes each tree has witnessed, I contemplated life as I tried to guess their ages.

EDITORIAL: With Tokyo Olympics up in the air, realistic appraisal needed