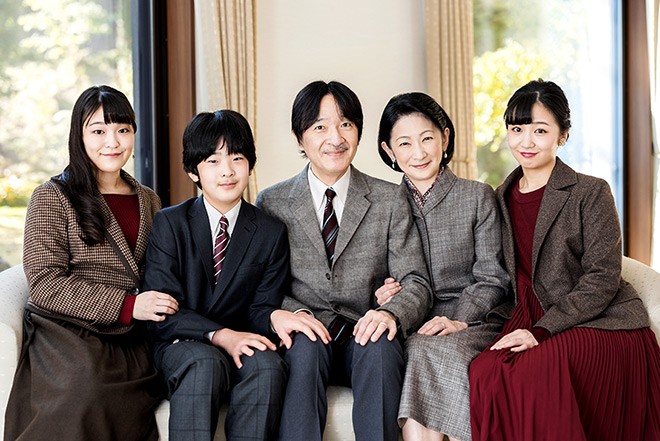 Crown Prince Fumihito said he has given his blessing to his daughter Princess Mako’s plan to marry her college sweetheart, Kei Komuro, which was first announced three years ago but postponed after the Komuro family's financial difficulties surfaced.

Speaking at a news conference held at the Akasaka Estate in Tokyo prior to his 55th birthday on Nov. 30, Fumihito also said that the Komuro family needed to provide a “visible” response to financial troubles first reported by a weekly magazine in late 2017 to gain broader public support for the couple’s wedding intentions.

The news conference was held Nov. 20, but the remarks were embargoed for release until Nov. 30.

There was much speculation about what the younger brother of Emperor Naruhito would say during the news conference after Mako, 29, released a statement Nov. 13 expressing her determination to marry Komuro.

The two met while they were studying at International Christian University in Tokyo.

Mako said in the statement that the couple would proceed with their marriage plans by closely consulting with their respective families.

Mako, the first grandchild of Emperor Emeritus Akihito and Empress Emerita Michiko, and Komuro announced their intention to wed in September 2017.

But in February 2018, the Imperial Household Agency said the plan had been delayed until 2020 after financial issues plaguing Komuro's family came to light.

Komuro, 29, has been studying at Fordham University's law school in New York since August 2018.

As a parent, Fumihito said he approved of the marriage if the couple's intentions remained unchanged.

“The Constitution says that marriage shall be based only on the mutual consent of both sexes,” he said. “I believe I, as a parent, should respect their thought if (marriage) is what they truly want.”

“If they are firmly determined to marry, I think it should be respected,” he said.

When asked about Mako’s impending marriage at a November 2018 news conference, Fumihito said it would not be possible to hold the "nosai-no-gi" ceremony that represents betrothal “until there is a situation in which many people will be convinced and express their happiness.”

The crown prince noted that the situation has not yet changed and that the Komuro family’s efforts to address their financial troubles needed to be visible for public opinion to warm toward the planned nuptials.

As for the completion of a series of imperial ceremonies earlier this month to promulgate his ascension to first in line to the Chrysanthemum Throne, Fumihito said he was “relieved” to finish them.

“I will perform each of my duties cherishingly just as before,” he said.

(This article was written by Tatsuro Sugiura and Tomoko Saito.)