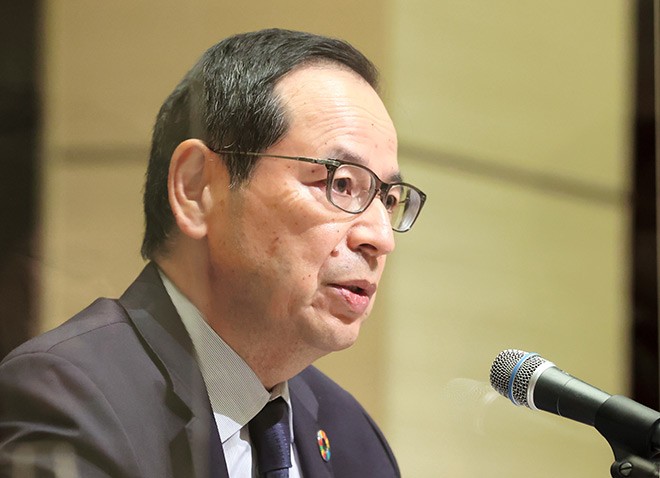 Koichiro Miyahara, president of the Tokyo Stock Exchange, at a news conference on Oct. 1 (Tatsuya Shimada)

Tokyo Stock Exchange President Koichiro Miyahara has stepped down to take responsibility for a major system glitch that halted trading on the exchange for an entire day in October.

On the same day, the Financial Services Agency issued an operational improvement order to the TSE and JPX over the incident. The FSA demanded that rules to resume trading and clarify management’s responsibility in such a failure be established.

It marked the first time since 2012 and the third time overall for the TSE to receive such an order over a system failure.

Trading on the TSE was suspended on Oct. 1 over a computer glitch that was found before the start of trading in the morning. The exchange resumed normal operations the following morning.

The malfunction was caused by the breakdown of the Arrowhead computer system, which Fujitsu Ltd. developed for stock trading.

The equipment was supposed to switch automatically to a backup program whenever a malfunction occurred. However, this safeguard did not kick in due to a setup error.

While trading could have resumed if the system were rebooted, this would have resulted in the loss of buy and sell orders placed by securities companies.

The TSE then decided to halt trading for the entire day, the first time since trading was fully systemized in 1999.

FSA officials have taken the matter seriously and concluded that taking administrative action is necessary to prevent a repeat.