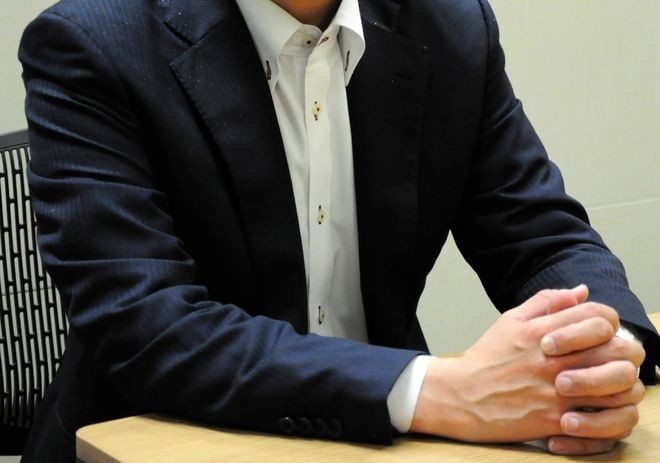 This HIV patient is contemplating quitting his job because of the prejudice he feels in the workplace. (Sokichi Kuroda)

As Japan marked World AIDS Day on Dec. 1, a workplace incident showed that patients in the country are still not free of discrimination and prejudice.

Earlier this year, a man in his 40s who had just begun working at a company in Tokyo was introduced by his superior to others in the office.

“Our new employee is infected with HIV,” the superior said.

The new employee was asked to explain his condition.

“Some of the other workers showed signs of being upset,” the man said. “I thought about quitting immediately because I was concerned that I would always be looked upon with prejudice.”

The man was confirmed with HIV seven years ago after being tested due to a lingering fever. He has been taking drugs that have reduced the viral load in his body to the extent that he cannot infect others.

After he became infected, the man worked at four companies, but none asked him to disclose his condition in the workplace.

But for his latest company, the man informed officials who were still thinking of hiring him about his HIV. The man and company officials initially agreed not to tell others because of concerns that might be raised.

But a few days before he was scheduled to start work, company officials suddenly asked him to disclose his condition on the slight possibility that others might become infected if he should get cut and bleed at the office.

The man said he had also sought out a job at several other workplaces and that he would not have selected the company that hired him if he knew it would ask him to disclose his condition.

Government guidelines clearly state that no employee should be disadvantaged because he or she has HIV. Companies are also asked to keep such information strictly confidential.

In 2018, a 30-something social worker won a lawsuit against a Hokkaido hospital for retracting a job offer for failure to disclose having HIV.

The court ruling said, “Because the risk of infecting others was so low as to be negligible, there was no need to disclose having HIV.”

The man in Tokyo leads a normal life helped by the drugs he takes. But he still experiences prejudice and discrimination. When he uses the company toilet, he notices other employees immediately leave the vicinity.

“I was labeled by the initial disclosure, and that has created a wall between me and the other employees,” he said. “I cannot develop a relationship with colleagues and do not feel comfortable at the workplace.”

He is considering looking for a new job.

AIDS NO LONGER KISS OF DEATH

While AIDS many decades ago had a high mortality rate, advances in drugs and treatment have led to AIDS patients having almost the same average life expectancy as non-AIDS patients.

Early detection of HIV and treatment can also prevent the development of AIDS and patients can lead normal lives.

“We have entered an age when taking one pill a day helps patients lower the volume of the virus in their blood to levels that are not detectable,” said Takuma Shirasaka, a doctor who heads the Japan Foundation for AIDS Prevention.

He added that research is progressing to possibly allow for similar results through an injection once every two months.

Recent clinical tests have also shown that if the virus level is lowered through drugs, it cannot be transmitted through sexual intercourse even if condoms are not used.

Such research has led to the spreading of awareness from about 2016 that HIV is undetectable and untransmittable, which is now called the U=U movement.

The Japanese Society for AIDS Research also supports that movement. But  surveys show the public still has a low understanding about AIDS.

In 2018, the Cabinet Office surveyed 3,000 people aged 18 or older and asked them their impression of AIDS. Fifty-two percent of respondents said it leads to death, while 34 percent said, “there is no treatment because the cause is unknown.”

Yoji Inoue, a specially appointed professor of nursing at Juntendo University, who serves as head of the U=U Japan Project, said, “The situation still continues to exist of understanding in society not keeping up with advances in treatment.”

One of the main tasks of the project is to more widely educate the public that HIV will not be transmitted as long as effective treatment is continued.
According to the health ministry, a total of 1,236 new AIDS and HIV cases were reported in Japan in 2019.

About 30 percent of those with AIDS only realized they had been infected after developing AIDS symptoms.

“In order to receive effective treatment, it is very important to first be tested,” Inoue said.