MHI looks to pivot from SpaceJet to decarbonization 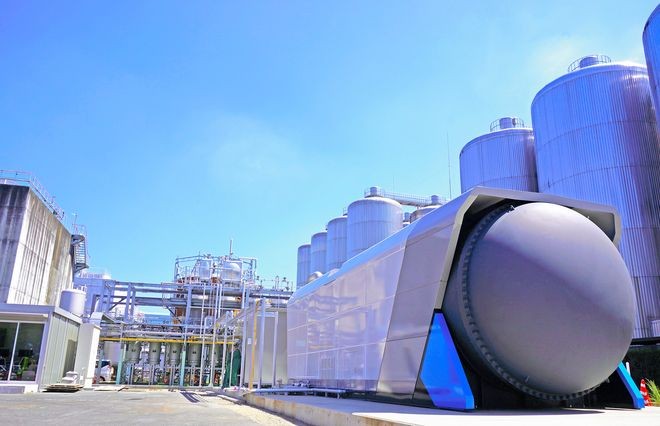 Mitsubishi Heavy Industries Ltd. (MHI) plans to shift its core growth strategy from its much-hyped SpaceJet project to decarbonization and has unveiled a new investment plan for making the jump.

The company said it will invest a total of 200 billion yen ($1.9 billion) over three years, starting from fiscal 2021, to expand its decarbonization-related businesses and develop the necessary technology.

Its total investment is 1.5 times larger than what it shelled out in the previous three-year period, starting from fiscal 2018.

MHI hopes its decarbonization business will replace the troubled SpaceJet commercialization project as it shifts its focus toward carbon dioxide capture and use, as well as developing new power-generating technology that uses hydrogen and ammonia.

“Our prospect is to develop the technology by 2030 and commercialize it and produce revenue in the 2040s,” Kentaro Hosomi, an executive vice president at the company, said at a news conference on Nov. 30.

In late October, MHI released its mid-term business plan for the three-year period starting in fiscal 2021, which signaled something along these lines was in the works. The report spells out the company’s future management direction and identifies that the decarbonization project would become a central pillar in its growth strategy.

The EU aims to achieve carbon neutrality by 2050, and the Japanese government announced in October that it is pursuing the same timeline.

Mitsubishi Heavy’s main cash cow is power-generating facilities and it sees itself in a position to take advantage of the global decarbonization trend.

The company aims to establish new thermal power technology that captures more than 90 percent of the emitted carbon dioxide for reuse.

As a medium- to long-term goal, it plans to develop a power-generating facility that runs on ammonia and hydrogen that do not emit carbon dioxide.

Looking further down the road, the company said it aims to expand the market for offshore wind power alongside a major manufacturer in Denmark.