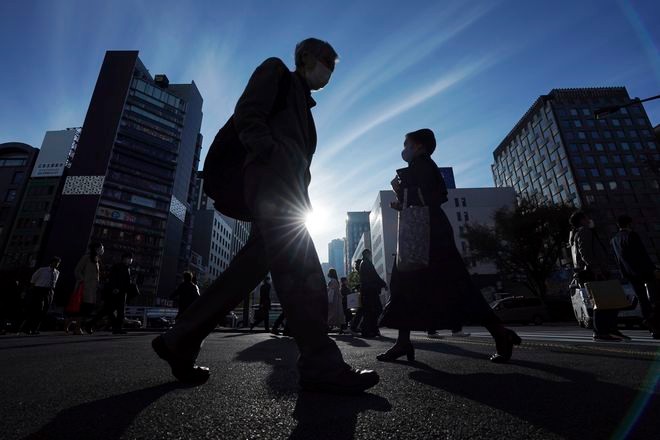 People wearing protective masks to help curb the spread of the coronavirus walk on Nov. 30 in Tokyo. (AP Photo)

The previous record for a Tuesday was 309, which was recorded on Aug. 4.

The number of serious cases on Dec. 1 was 62, down from 70 the previous day, which was the highest since a state of emergency over the coronavirus pandemic was lifted for the capital in late May.

Unlike other prefectures, the metropolitan government uses its own criteria for designating cases as serious. Patients requiring ventilators or extracorporeal membrane oxygenation, an ECMO lung bypass machine, are considered serious cases.