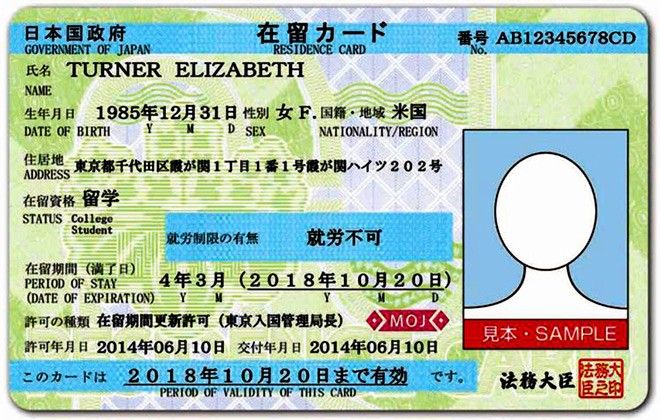 A Vietnamese woman used a friend's foreign resident card to dupe local authorities into giving her the special allowance distributed to all residents during the spread of COVID-19, prosecutors allege.

The woman was allegedly able to pull off the scam by exploiting a loophole in Japan's resident card for foreigners and reduced checks of paperwork resulting from the need to rush through assistance to people economically hurt by the pandemic.

Nguyen Thi Hang, 30, of Chuo Ward in Kobe, has been indicted on charges of defrauding local governments and violating the Immigration Control and Refugee Recognition Law by using another person’s resident card.

Hang arrived in Japan in 2016 on a student visa, according to the opening statement by prosecutors handling her court trial as well as investigative sources with the Hyogo prefectural police.

But the novel coronavirus pandemic prevented her from returning home and she overstayed her visa, which expired in April.

In June, she sent a message through social media to an acquaintance in Vietnam, asking the woman to lend Hang her resident's card so she could use it to find a job in Japan.

The acquaintance arrived in Japan in 2017 also on a student visa, but returned to Vietnam in January to prepare to give birth.

She left Japan with her resident card, utilizing a provision that the card does not have to be turned in if the foreign resident is only temporarily leaving the country.

She sent Hang her resident card and a cash card for a financial institution by international mail.

Under the Immigration Control and Refugee Recognition Law, foreign residents are required to always carry their resident card with them, but that provision is waived when they temporarily leave Japan.

Between July and September, Hang used the resident card to impersonate her acquaintance and worked at a factory in Kobe. But she still found it difficult to make ends meet.

Between July and August, Hang applied for and received the 100,000 yen ($960) the government handed out to all residents as a special allowance to tide people over amid the pandemic.

Hang submitted the application to the Narashino city government in Chiba Prefecture as her acquaintance's residence was registered there.

She used the card as her own ID and switched the place of residence registered on it from Narashino to Kobe.

In August, she applied for and received a loan of 200,000 yen that the Kobe city government had implemented as a social welfare measure to help those suffering economically due to the pandemic.

An Osaka Regional Immigration Bureau official, however, noticed the acquaintance’s residence record had been moved to Kobe even though she was supposed to be out of Japan, leading to the discovery that Hang was impersonating the acquaintance.

Hang was then arrested on suspicion of defrauding the two city governments and indicted.

Hyogo prefectural police are also looking at a possible legal violation by the acquaintance for lending her resident card to Hang.

Resident cards not only have an IC chip embedded to prevent forgery, but also contain a photo of the holder. However, no record that the holder has temporarily left Japan is inputted into the card.

None of the officials at the local government offices who handled Hang’s procedural matters realized the photo on the resident card was not that of Hang because she wore a face mask when she visited the offices, according to Hyogo prefectural police.

A high-ranking Hyogo prefectural police official said Hang may have succeeded in impersonating her friend because, “It might have been difficult to tell the two apart because they were both Vietnamese.”

The case is likely the first where a resident card has been used to impersonate someone, an Immigration Services Agency official said.