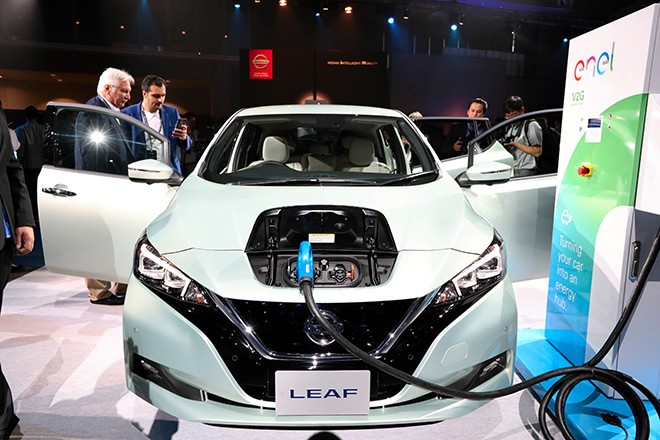 Japan will ban the sale of new gasoline-powered cars by the mid-2030s to help it put the brakes on greenhouse gas emissions, sources said.

The central government is expected to set the new regulations to achieve its goal of net zero carbon emissions by 2050.

The economy ministry will hold a meeting of experts and automobile industry leaders as early as Dec. 10 to discuss the new target, which will be included in the government’s draft plan at the end of the year.

The new plan would ban the sale of new gasoline-powered vehicles in the domestic market and limit sales of new cars to those with no or low exhaust emissions, such as electric vehicles and hybrid cars.

Officials have discussed imposing stricter fuel-consumption regulations and giving automakers subsidies and tax breaks to steer them toward manufacturing cars that do not emit carbon dioxide.

About 60 percent of new cars sold in the Japanese market in 2019 were vehicles fueled only by gasoline.

The government set a goal to reduce the number to between 30 and 50 percent before 2030, and increase the percentage of next-generation vehicles on the market to 50 to 70 percent.

The government has taken the slow lane to get there out of consideration for small and midsize domestic manufactures that produce automotive parts for gasoline-fueled cars.

But it can no longer ignore that a stricter approach is needed to achieve its zero-emissions goal.

About a fifth of carbon dioxide emissions in Japan are transportation related, including car exhaust.

Some countries in Europe and other parts of the world have also set dates for banning sales of hybrid cars. Since Japanese automakers have an advantage in manufacturing hybrid vehicles, the government will continue allowing sales of new hybrid cars.

(This article was written by Hiroki Ito and Yo Noguchi.)