EDITORIAL: Shift away from engine-driven vehicles a chance for growth 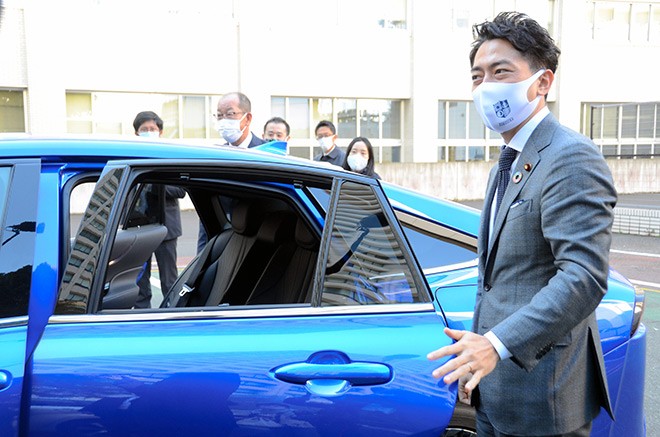 Japan is moving to limit sales of new cars to low-emission models, such as electric and gas-electric hybrid vehicles, in the mid-2030s.

The strategy is expected to be incorporated into the government's action program for achieving net zero greenhouse gas emissions to be drafted by the end of the year.

Prime Minister Yoshihide Suga has set a goal of net zero greenhouse gas emissions in 2050. Limiting new car sales to low-emission models during the 2030s is crucial, considering the average life of automobiles.

Many countries are already moving to set specific deadlines to restrict sales of vehicles that generate carbon dioxide.

Norway, for instance, will ban sales of new vehicles, powered either by gasoline or diesel engines, in 2025. California will outlaw such vehicles in 2035.

Japan’s goal has not gone beyond raising the share of “next-generation vehicles,” including electric vehicles, to 50 to 70 percent of new car sales by 2030 and reducing the share of conventional engine-driven vehicles to 30 to 50 percent.

Japanese automakers will be forced to respond if engine-driven vehicles prove unsellable overseas. It’s time the government set a new goal with a specific timeline.

Among next-generation vehicles, Japan has excelled in hybrid models, which are complemented by electric motors and more fuel-efficient than engine-only vehicles. Hybrids account for 30 percent of Japan’s new car sales.

But CO2 emissions cannot be completely eliminated so long as engines are in use coupled with motors.

Britain, which will ban sales of new engine-driven vehicles in 2030, is committed to outlawing hybrids from new vehicle sales in 2035.

The Japanese government does not plan to include hybrids in its new regulations. But hybrids will have to go eventually if we are to achieve a decarbonized society.

The government must lay out a clear road map to allow the auto industry to reorient itself, no matter how long that may take.

Electric vehicles, which are expected to form a sizable market in the future, still account for less than 1 percent of domestic new car sales.

With competition for their development heating up, led by U.S. and Chinese manufacturers, not only do Japanese automakers need to catch up, but the government must provide policy support to popularize electric vehicles.

But even after electric vehicles come into broad use, Japan will not be able to boast it is a carbon-free society so long as those vehicles are powered by fossil fuel-derived electricity. The nation needs a policy for widespread use of renewable energies.

Japan’s auto industry has grown strong by clearing emissions regulations implemented after air pollution became a social problem in the 1960s and then fuel-efficiency requirements spurred by oil crises.

We hope the nation will deal with the urgent challenge of climate crisis as an opportunity for the next stage of growth.