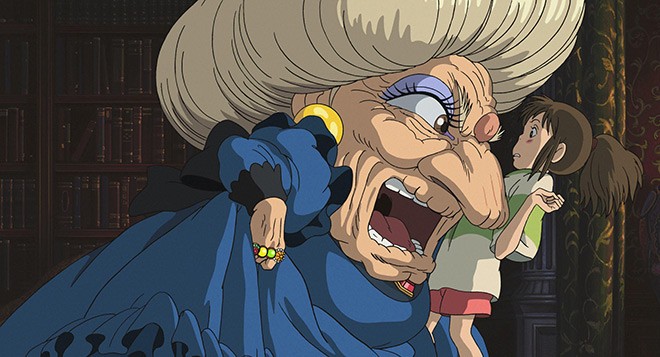 “Spirited Away” looks likely to finally lose its crown as Japan's top-earning film of all-time and fall to newcomer “Demon Slayer: Kimetsu no Yaiba the Movie--Mugen Train.”

"Spirited Away" earned 880 million yen ($8.5 million) from its rerelease this year, and raked in 31.68 billion yen in all-time sales, film distributer Toho Co. said on Dec. 15 at a news conference to announce this year’s box office results.

But “Demon Slayer: Kimetsu no Yaiba the Movie--Mugen Train,” had taken in 30.28 billion yen at the box office as of Dec. 13 and is expected to surpass “Spirited Away” within this year as Japan's top-grossing film of all-time.

The company's managing director, Minami Ichikawa, said Toho decided the timing of the box office results announcement "long ago,” and said it was not tied to the box office rise of "Demon Slayer."

Ichikawa, 54, took in charge of public relations of “Spirited Away” when it was released in 2001.

“If we announced this news after “Demon Slayer” reached the top position, it wouldn't be appropriate timing. Coincidently, we were able to announce it at the last moment before the movie ranked highest," Ichikawa said.

“Please write this news carefully so as not to make movie fans misunderstand. We did not choose the timing of the announcement intentionally,” he added.

A number of animated films produced by Studio Ghibli Inc., “Princess Mononoke,” “Spirited Away,” “Tales from Earthsea,” and the Hayao Miyazaki-directed “Nausicaa of the Valley of the Wind” were rereleased between June and August as new movie releases were postponed one after another due to the surge of the novel coronavirus.

The sales achieved by “Spirited Away” total 30.8 billion yen, according to the successive box office ranking for Japan surveyed by box-office tracking company Kogyo Tsushinsha.

But the research company said that it will adopt the new figure for "Spirited Away" that Toho announced and update its record.

Among the movies Toho released this year, “Demon Slayer” ranked top in box office sales, followed by “Kyo kara Ore wa!! (From today, I!!): The Movie” with 5.37 billion yen and “The Confidenceman JP Princess” with 3.84 billion yen.