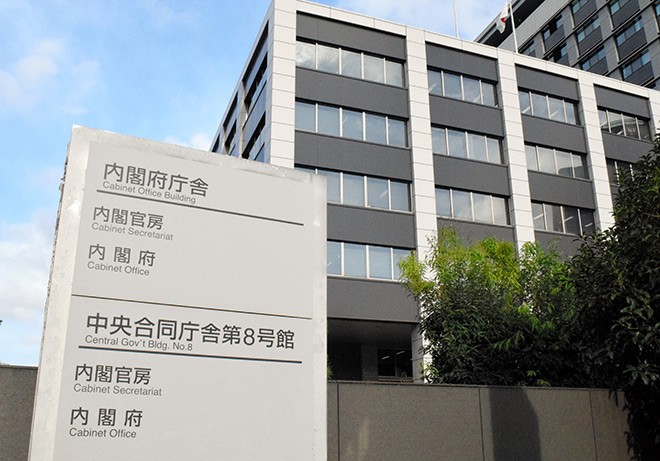 The prospect for Japan’s real economic growth rate for fiscal 2020 is worse than previously thought, setting a record low amid the coronavirus pandemic.

It plunged to a minus 5.2 percent year on year amid the first year of the pandemic, according to an economic projection agreed to at a Cabinet meeting on Dec. 18.

The country will record two consecutive years of negative growth in fiscal 2020, with fiscal 2019 at minus 0.3 percent growth.

But the economic roller coaster is about to swing up for a change, the report suggests.

Japan is expected to surge to 4 percent growth in fiscal 2021--the highest since fiscal 1995--because of the economic rebound from 2020 and the government’s massive economic stimulus packages.

The government issues its growth-rate predictions twice a year.

It projected in July that the growth rate for fiscal 2020 would be minus 4.5 percent, but it has now downwardly revised the estimate.

That is attributable to the delayed recovery of the country’s gross domestic product, mainly in consumer spending, due to the third wave of COVID-19.

This will be the first time that Japan marks two straight years of negative economic growth since fiscal 2008 and 2009, a slowdown brought on by a global economic crisis triggered by the failure of the U.S. investment bank Lehman Brothers.

But while the economy sputtered in fiscal 2019 and stalled in fiscal 2020, the next fiscal year’s economic outlook has improved since last estimate. The government is upwardly revising its growth rate projection for fiscal 2021 to 4 percent from 3.4 percent.

The government expects its most recent economic stimulus package, approved on Dec. 8, will bolster the economy and boost private-sector demand.

“The Japanese economy is expected to return to the same level as before the COVID-19 pandemic during fiscal 2021,” it said.

But the government’s projection is rosier than the private sector’s assessment.

Many economists predict Japan’s economy will return to pre-COVID-19 levels sometime in or after fiscal 2022.