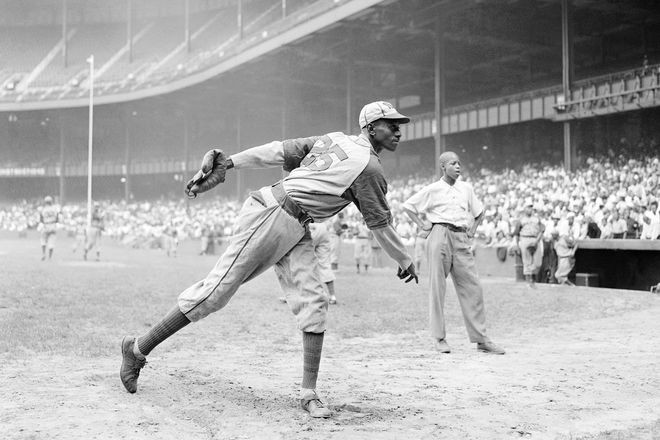 Before Jackie Robinson (1919-1972) became the first African American to debut in Major League Baseball (MLB) in 1947, Black ballplayers were allowed to play only in their "own" leagues which, by today's standards, bore the racist name of the Negro Leagues.

The latter played unofficial games with the MLB and proved quite formidable.

Nonfiction author Kazuo Sayama quotes Negro League ace pitcher Satchel Paige (1906-1982) as noting to the effect, "To me, a Black team beating a white team is no news because the Negro Leagues are superior."

Slugger Josh Gibson (1911-1947), dubbed "the Black Babe Ruth," hit more homeruns than Ruth, according to Sayama's book "Shijo Saiko no Toshu wa Dareka" (Who is the best pitcher in history?).

The systemic marginalization of Black players in the past remains a stain in the history of U.S. baseball.

But in a decisive move to at least make up for it, the MLB announced Dec. 16 that every one of the 3,400 or so Black athletes who played in the Negro Leagues between 1920 and 1948 are being recognized as Major leaguers, and that their statistics and records will be incorporated into MLB history.

The MLB was profuse in expressing regrets for its "longtime oversight" and belated action.

In a statement posted on social media, Commissioner Robert Manfred noted, "All of us who love baseball have long known that the Negro Leagues produced many of our game's best players, innovations and triumphs against the backdrop of injustice."

For all its claims of championing democracy, America remains a society where racism lurks just beneath the surface.

The MLB's decision was definitely long overdue. Still, the "groundwater" of the public's sense of revulsion against systemic injustice is beginning to ooze out everywhere.