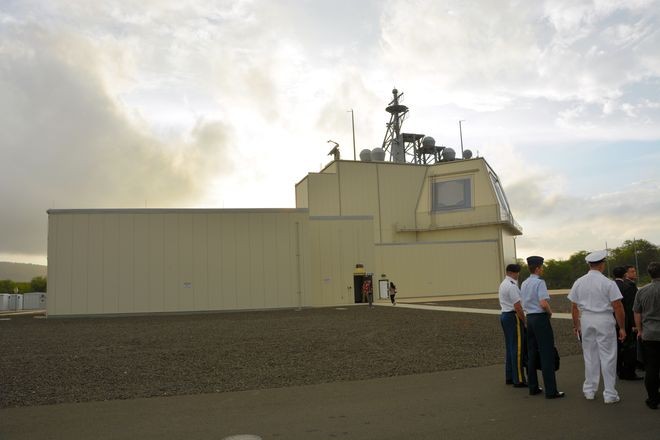 A proposal to consider an alternative to the aborted plan to deploy the Aegis Ashore land-based missile defense systems and introduce weapons systems capable of striking enemy bases are both “negative legacies” from the previous administration headed by Shinzo Abe. Abe's successor, Prime Minister Yoshihide Suga, and his government need to break away from these legacies.

Suga’s Cabinet on Dec. 18 decided to add two vessels equipped with the Aegis missile defense system to the Self-Defense Forces’ catalogue of weapons, as a new missile defense program to replace the abandoned Aegis Ashore project.

But the Cabinet stopped short of approving a plan to acquire capabilities of striking enemy bases and simply said the government will “continue considering (measures for) enhancing deterrence.”

The specifics of the proposed Aegis ships and the costs of deploying them remain unknown and were left to be worked out later.

After announcing his resignation as prime minister, Abe called for a new missile defense policy to be mapped out by the end of the year.

In a desperate attempt to meet the deadline set by Abe, the Suga administration has come up with ruefully half-baked ideas.

If the government proceeds with these ill-conceived ideas, it could end up making the same mistake as the one that led to the debacle of the Aegis Ashore project, which was to be set up at Abe’s insistence.

Former Maritime Self-Defense Force officers and other experts have voiced skepticism about the proposal to deploy radar and other equipment for the Aegis Ashore system, which the government decided to purchase from the United States, at offshore locations.

It is disturbingly unclear how much money this approach will cost and how effective it will be.

It would make more sense to cancel the contracts with the United States, even if it means having to pay massive penalties, and start considering additional missile defense measures, if really necessary, from scratch.

It would be a formidable challenge for the MSDF to gain readiness for the operation of such systems.

The Aegis Ashore program was promoted as a powerful shield against missiles that would be able to “protect the entire nation 24 hours a day, 365 days a year.”

But this would be a tall order for Aegis vessels vulnerable to rough weather conditions.

The Suga administration’s move to postpone its decision on the proposal to arm the SDF with capabilities to attack targets within enemy territory is apparently a political gesture to Komeito, the junior coalition partner of the ruling Liberal Democratic Party that is reluctant to support such measures. The LDP is not willing to disturb the alliance in any way prior to the scheduled Tokyo metropolitan assembly election and the Lower House election next year.

But the administration has nevertheless decided to develop new “stand-off” anti-ship missiles that can target warships at greater distances around its southwestern Okinawa island chain. This could be seen as a step toward acquiring capabilities to strike enemy bases in the future.

In recent years, the SDF has been introducing weapons systems that could undermine Japan’s cardinal principle of limiting its military capabilities to those for strictly defensive purposes. It has introduced long-range cruise missiles to be fired from fighter jets and embarked on converting destroyers into virtual aircraft carriers, while claiming these new systems are consistent with the principle.

Any attempt to enhance the SDF’s weapons capabilities without clarifying its purpose could cause misunderstandings among neighboring countries, destabilize the region and trigger a new arms race.

His decision appears to have led to serious inconsistencies in defense equipment planning and defense budget distribution.

The Suga administration has a duty to make a tough-minded review of the previous government’s policy actions and correct any mistakes made. Defense policy should be no exception.