Fanta makes a comeback with Premier Grape drink in Japan 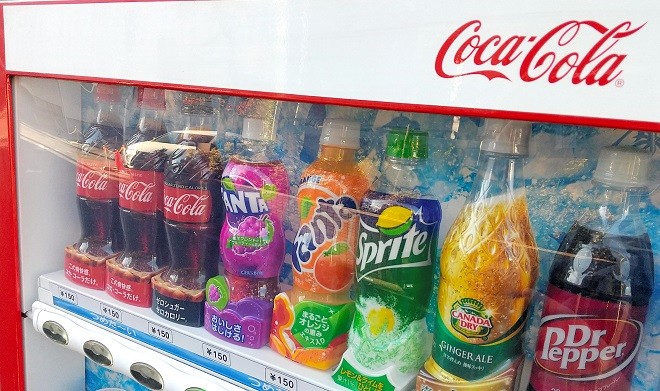 Fanta Premier Grape, a new Fanta product targeting adults released in March, had shipped 31 million bottles by the end of November, making it the biggest hit of all 90 products in Fanta's lineup put on sale during the past decade.

“More than 90 percent of adults (in Japan) have drunk Fanta,” said Masaki Kawano, 33, the Coca-Cola (Japan) Co. official in charge of marketing Fanta products. “We hoped they would recall their formative experiences of childhood and have a reunion (with Fanta products).”

The soft drink's popularity is a relief for Coca-Cola (Japan), which manufactures Fanta products, indicating that the company's efforts to regain customers from the one-time “Fanta generation” that grew up with the product have paid off.

As customers in their 30s and 40s were consuming less and less fruit-flavored carbonated drinks, according to one study, with an annual decrease rate of more than 10 percent, Coca-Cola (Japan) had a sense of alarm about their future sales prospects.

About four years ago, the company initiated a project for new Fanta products targeting such customers and created about 60 trial products for the purpose, fine-tuning the volumes of fruit juice and fruit puree over and over.

The resulting beverage, Fanta Premier Grape, contains 13 percent fruit juice and is made using grapes processed within 24 hours of harvesting, that are partly pressed into juice and partly ground into puree.

The soft drink comes in 380-milliliter bottles and sells at a suggested retail price of 150 yen ($1.45), excluding tax, per bottle.

Fanta Grape and Fanta Orange, Fanta's signature products, each contain only 1 percent fruit juice, both come in 500-ml bottles and are priced at 140 yen, excluding tax.

Premier Grape, in comparison, is about 40 percent more expensive but it has become a hit with consumers by virtue of its fruity taste.

A drink product is typically considered a success when its shipment volume has exceeded 10 million bottles.

Premier Grape reached 31 million bottles within only nine months of its release.

Premier Peach, another new Fanta beverage with 13 percent fruit juice, was released in mid-October and shipped 11.55 million bottles in slightly more than a month.

The first Fanta was released in 1958 and its sales peaked in the 1970s and 1980s. Special product models with limited areas or seasonal connections have also been put on sale, most of them as variations on Fanta Grape and Fanta Orange.

The total annual sales figures for the entire Fanta series have remained unchanged in recent years, but given Japan's low birthrates, a reduction in its market size appears inevitable.

The long-awaited release of the new products this year happened to coincide with the height of the COVID-19 crisis.

But sales remain strong, as many people are drinking the new products as a refreshment while teleworking from home.

“We felt uneasy about how we would be faring, but the repeat purchase rate (for the new Fanta products) has turned out high,” Kawano said. “I hope the new products are cut out exactly for a time like this, when you tend to have emotional highs and lows.”