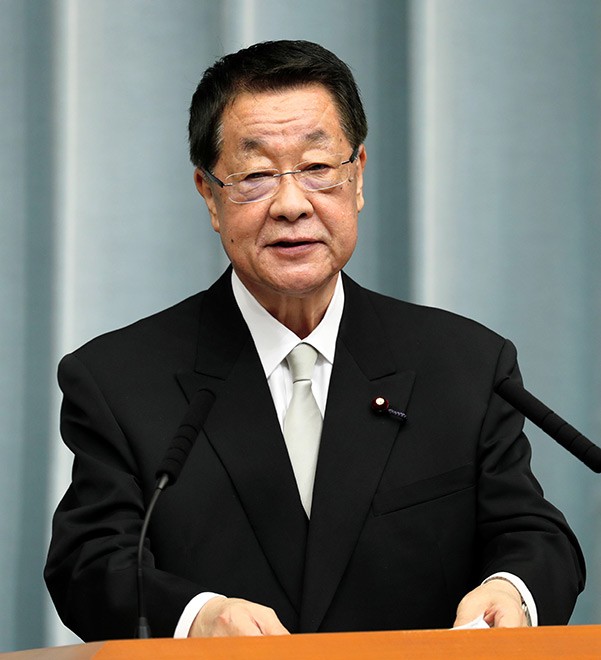 The man on the giving end of a bribery scandal handed then-farm minister Takamori Yoshikawa 1 million yen ($9,615) to make it easier for poultry farmers to borrow from a government-affiliated institution, sources said.

The 1 million yen is part of the 5 million yen that Yoshikawa, as agriculture minister, is suspected of accepting from the top official of egg producer Akita Foods Co., based in Hiroshima Prefecture.

The official, 87, who has since left the company, said during questioning conducted on a voluntary basis that he gave money to Yoshikawa with the intent to help the poultry industry, the sources said. He had also served as a senior representative of the egg industry.

On the last two occasions, the official handed the cash to Yoshikawa at the agriculture minister’s office in the ministry building, according to the sources close to Tokyo prosecutors.

At the Aug. 2, 2019, meeting, the official asked Yoshikawa to make it easier for cash-strapped poultry farmers to gain bridge loans from Japan Finance Corp., which is wholly owned by the government, the sources said.

The farm minister has oversight on Japan Finance loans extended to the agricultural and fisheries industries.

During their first two meetings, the official repeatedly asked for the farm ministry to oppose an international group’s effort to improve conditions for chickens raised on poultry farms, according to the sources. From the viewpoint of animal welfare, the international group criticized Japan for keeping chickens in cages.

Yoshikawa admitted to receiving cash from Akita Foods and said he would return the money during voluntary questioning by the Tokyo District Public Prosecutors Office on Dec. 21, according to the sources.

A member of the ruling Liberal Democratic Party, Yoshikawa served as farm minister between October 2018 and September 2019.