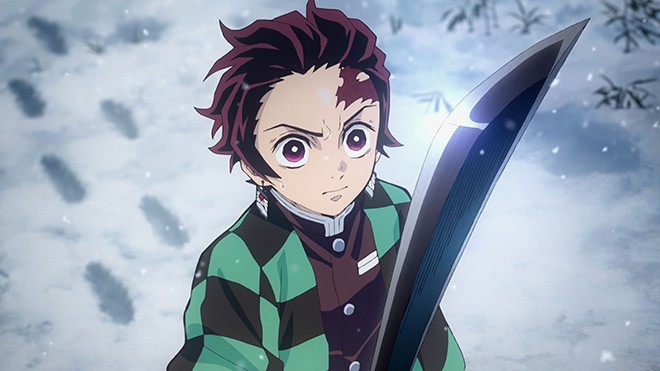 Not even a pandemic could stop the blockbuster “Demon Slayer the Movie: Mugen Train” from becoming Japan's highest-grossing film of all time.

The megahit raked in a staggering 32.4 billion yen ($313 million), its distributors said on Dec. 28, making the Japanese pop culture phenomenon the envy of movie theaters around the world.

Box-office receipts broke the previous record of 31.68 billion yen, which was set by “Spirited Away,” Hayao Miyazaki’s 2001 animated film, according to Toho Co. and Aniplex Inc.

The movie “Demon Slayer” is based on Koyoharu Gotoge’s manga of the same name, which tells the story of Tanjiro Kamado, a boy who fights evil demons during Japan's Taisho Era (1912-1926).

The manga’s popularity captured public attention after it was made into a TV anime series in 2019. It ended its serial run in the weekly comic anthology Shukan Shonen Jump in May. Volume 23 of the manga comic, the final in the series, went on sale on Dec. 4.

The animated film, released on Oct. 16, picks up where the final episode of the anime TV series left off.

Sales of the manga comic book, including the electronic edition, have reached more than 100 million copies.