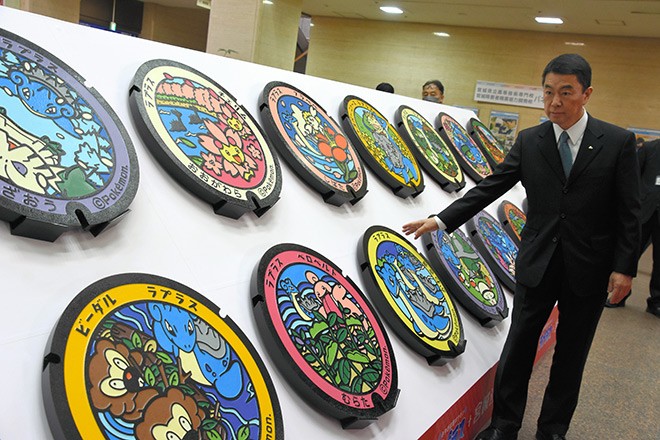 SENDAI—Miyagi Prefecture will install manhole covers featuring characters from the “Pokemon” video game series in 20 inland cities and towns, giving “PokeLids” to all municipalities in the prefecture.

PokeLids were initially introduced in 15 cities and towns along coastal areas after the Lapras monster was appointed as the prefecture’s official mascot in 2019.

“Each is the only manhole cover in the world. I hope everyone visits the locations,” Miyagi Governor Yoshihiro Murai said at a Dec. 14 news conference at the prefectural government office, where the illustrations of the new manhole covers were presented.