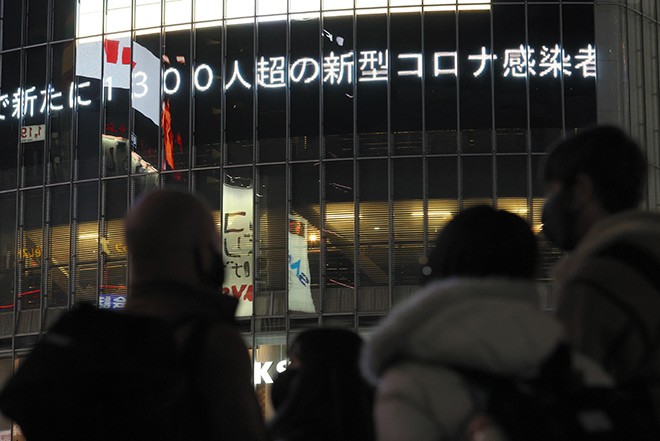 It is the first time for the daily number of new COVID-19 cases to top the 1,000 mark in any municipality in Japan.

The number of patients with serious symptoms also rose to a record 681 across Japan, up 13 from the previous day.

The capital has seen records set for each day of the week for 17 consecutive days.

“For the coronavirus, it does not matter whether it is the year-end or the beginning of the year,” Koike told reporters. “If you have plans for a countdown or other events tonight, I ask you to refrain from taking part. I also ask you to stay at home with your families to spend a quiet New Year holidays.”

The governor said she has been particularly alarmed that novel coronavirus infections are spreading during the cold season.

Eighty-nine patients were listed in serious condition on Dec. 31, up by four from the previous day and the highest since the state of emergency was lifted in May, metropolitan government officials said.

The rate of positive tests, a measure of community transmission, hit 8.4 percent in Tokyo as of Dec. 27, compared with between 3 and 4 percent in early November.

It is the highest level since the state of emergency was lifted.