Another ex-farm minister accused of taking cash from Akita Foods 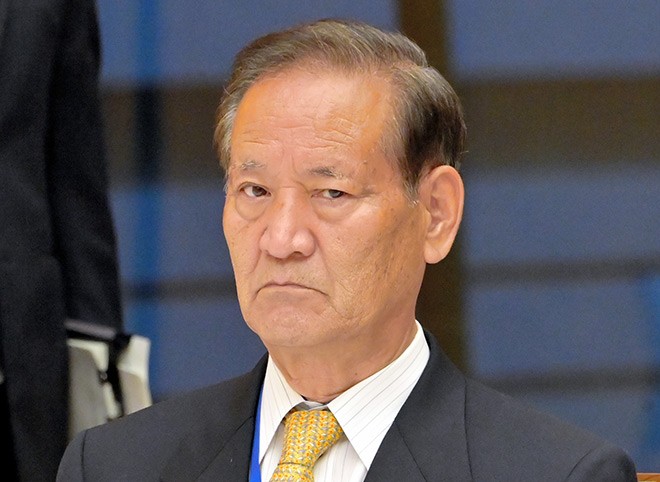 Another former farm minister is accused of feathering his nest with millions of yen from an egg producer official in a growing scandal that has led to the resignation of one lawmaker.

Investigative sources said the former executive of Akita Foods Co., a Hiroshima Prefecture-based egg company, has admitted to giving about 15 million yen ($146,000) over a seven-year period to Koya Nishikawa, 78.

The payments began shortly after Nishikawa was named agriculture minister in September 2014 by then Prime Minister Shinzo Abe.

After Nishikawa failed to win re-election in the 2017 Lower House election, he was named as special adviser to the Abe Cabinet.

According to sources, the former Akita Foods official told investigators with the Tokyo District Public Prosecutors Office that he gave Nishikawa 1 million yen about twice a year between 2014 and 2020. The amount given to Nishikawa after he became special adviser to the Cabinet totaled about 5 million yen, sources said.

The former company official did not receive a receipt on any of the occasions he handed money to Nishikawa.

The former executive told investigators that he felt Nishikawa would work on behalf of the egg industry not only because he was an influential lawmaker on farm issues but also because of his position close to the prime minister’s office. Nishikawa was in charge of promoting the agricultural, forestry and fisheries industries as special adviser.

Investigators are also looking into a total of 5 million yen given by the former Akita Foods official to Takamori Yoshikawa, 70, another former farm minister who resigned as a Lower House member on Dec. 22, citing health reasons. Yoshikawa served as farm minister between October 2018 and September 2019, and investigators are looking into the 5 million yen he received during that period from the former Akita Foods executive.

In 2018, when the former Akita Foods official asked Yoshikawa to have the farm ministry express opposition to an international organization that was pushing to adopt animal welfare standards for raising chickens, Nishikawa sat in on the meeting in his position as special adviser.

Japan ended up objecting to the proposed standards, which would have forced Japanese poultry farms to spend large sums on upgrades to industrial coops.
Nishikawa resigned as special adviser on Dec. 8 after reports surfaced that Yoshikawa had received money from the egg company.

Sources said investigators have been questioning Nishikawa on a voluntary basis to ascertain why he received the money from Akita Foods.

There were no entries in the annual political fund reports of groups affiliated with Nishikawa about the payments from the former Akita Foods executive.

Nishikawa did not respond to questions from The Asahi Shimbun.