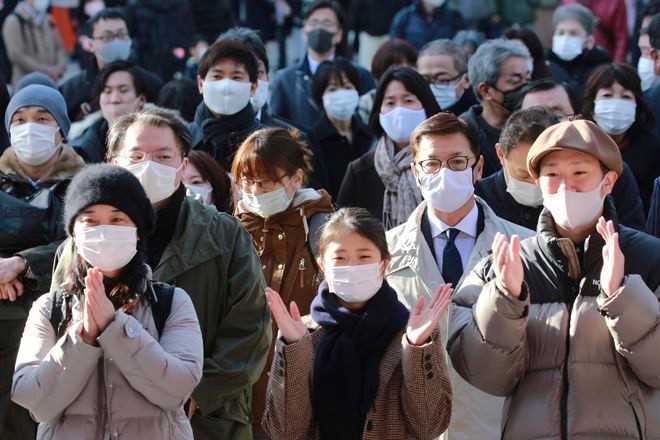 People offer prayers for the New Year at Tokyo's Kanda Myojin shrine on Jan. 4, the first business day of the year. Kanda Myojin is known as the shrine of commerce and industry. (AP Photo)

The capital's number of COVID-19 patients in serious condition rose by seven from the previous day to 108, the highest since the nationwide state of emergency was lifted in late May, metropolitan government officials said.