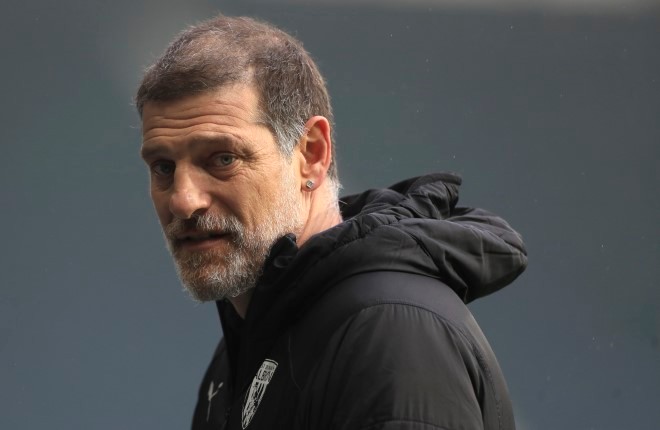 Slaven Bilic’s appointment as head coach of Beijing Guoan this week might be the exception rather than the rule when it comes to big-name soccer talent heading to China after Chinese Super League authorities moved to reduce club spending.

Bilic was fired by English Premier League team West Bromich Albion in December and the Croatian is now following in the footsteps of past World Cup-winning coaches Marcello Lippi and Luiz Felipe Scolari who were attracted to Asia’s highest-profile league.

“Coming to China to coach is a big challenge, and this is what I hope for,” Bilic said. “China has always been a very attractive place. Of course, the financial situation is also important, but in my opinion, what is more important is the size of the club. Beijing is a big club and I also got a great contract.”

Contracts are not as lucrative as in the past, however. In the winter transfer window of 2017, the Chinese Super League was the biggest spender in the world, splashing out $450 million on transfers, considerably more than the $292 million spent by the second most cashed-up competition, the English Premier League.

A new salary cap announced in December aims to consign that figure to history. Chinese Super League clubs will only be able to pay domestic players a maximum amount of 5 million yuan ($774,000) a year while foreign players are limited to 3 million euros ($3.69 million). Clubs that break the rules could face relegation.

There have been a distinct lack of high-profile signings ahead of the 2021 season that authorities hope will kick off in March. Stars such Graziano Pelle and Hulk, former internationals of Italy and Brazil respectively, left after the 2020 season because their contracts expired.

Brazilian star Alex Teixeira is also out of contract after helping Jiangsu Suning to the 2020 championship and with other Chinese clubs unable to afford the Brazilian’s salary, he is expected to go to Saudi Arabia.

Chinese soccer bosses, who will expand the league from 16 to 18 teams by 2023, want to see clubs achieve greater value for money, citing the more successful neighboring leagues of South Korea and Japan as an example.

“The expenditure of Chinese Super League is about 10 times higher than South Korea’s K-League and three times higher than Japan’s J-League, but our national team is lagging far behind,” Chinese Football Association president Chen Xuyuan said in December.

Current FIFA rankings have Japan as the highest-ranked club in Asia at No. 27, while South Korea is 38th and China 75th.

Chen also wants clubs to learn from the community focus shown by Japanese counterparts by removing references to corporate owners from their names.

At the end of the 2020 season, only Dalian Pro of the 16 top-tier teams did not include the name of owners meaning that the likes of eight-time champion Guangzhou Evergrande, owned by a real estate developer, will have to rebrand. According to local media, the club will become Guangzhou FC.

“In the past, the club owners changed quickly in our leagues and therefore club names also had to change. It was not helpful to cultivate a football culture in China,” Chen said. “The clubs should consider the culture of local fans and the characteristics of cities when choosing new names.”