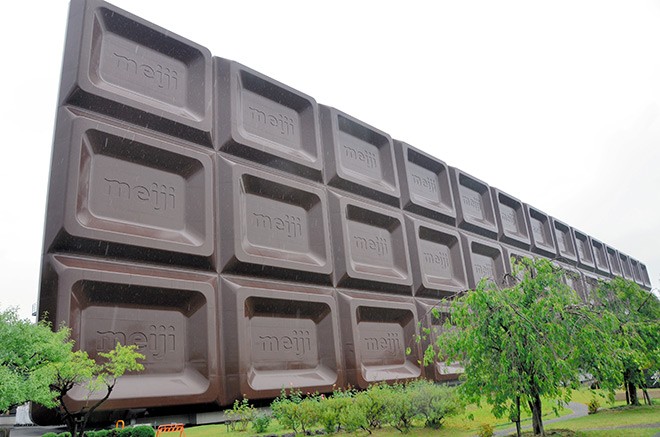 A public employment office in Ibaraki, Osaka Prefecture, gave administrative guidance to the Osaka factory on Dec. 12, saying its questionnaires to the job-seekers could infringe on the Employment Security Law.

“It is inappropriate to ask about applicants’ height, body weight and medical history,” the public employment office told the factory. “It is not a direct violation of the law, but it could constitute an infringement.”

The law prohibits recruiters from collecting applicants’ personal information that is unrelated to the work.

About 750 people work at the Osaka factory, which produces chocolate confectionaries, according to Meiji, which is headquartered in Tokyo.

The applicants were seeking part-time jobs in producing and inspecting food products. The factory started asking questions about body sizes more than a decade ago.

Meiji’s public relations department told The Asahi Shimbun that the factory asked about the applicants’ bodies to make work clothes for them.

The factory also needed information about their medical history to protect workers with allergies at the factory, which processes flour and other potential sources of food allergies, according to the department.

Among the 26 Meiji factories across the country, only the Osaka factory has used the questionnaires, according to Meiji.

“We understand that the factory lacked consideration for applicants’ privacy, making some uncomfortable,” said an official of the department. “The factory will stop using the questionnaires.”

The factory has asked the applicants to fill in the questionnaires before their interviews.

Along with basic questions about commuting hours and nearest stations to their homes, the factory more than 10 years ago began asking applicants about their height, body weight and waist size, according to Meiji.

Queries about medical history and work-related accidents were added to the form in 2015.