Suga extends congratulations to Biden on his inauguration 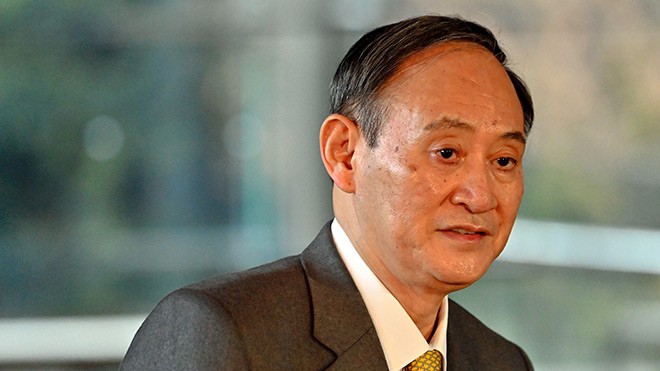 Prime Minister Yoshihide Suga early on Jan. 21 tweeted his congratulations to U.S. President Joe Biden on his inauguration and said he was prepared to work closely with the new leader.

“I want to create a close relationship with the new president and further strengthen the Japan-U.S. alliance,” Suga later told reporters in Tokyo.

When asked when he would phone Biden, Suga only said, “We are coordinating efforts to choose the appropriate time.”

He also said he wished to congratulate U.S. Vice President Kamala Harris on her inauguration.

Suga said he wanted to work closely with Biden to tackle issues of common concern including establishing a free and open Indo-Pacific region, dealing with the novel coronavirus pandemic and tackling climate change.

The prime minister praised Biden’s inauguration speech and called it a “strong call to unite the American people.”

Soon after Biden’s inauguration speech at about 2 a.m. (Japan time) on Jan. 21, Suga tweeted, “Japan and the United States are allies bound by strong ties based on a sharing of universal values.”

He also wrote that he looked forward to cooperating with the new U.S. president.