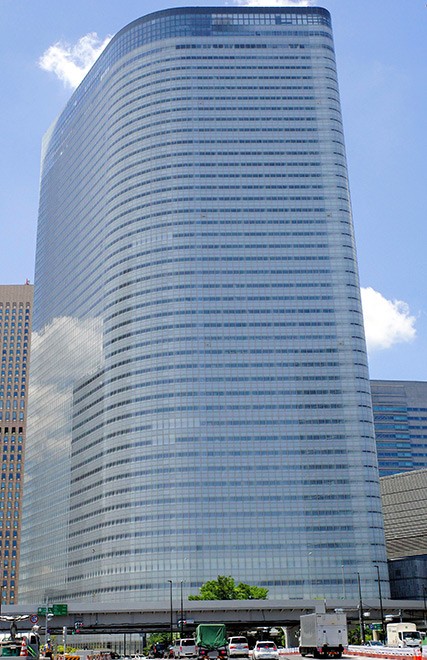 Dentsu Group Inc. is considering selling its headquarters building in Tokyo’s Minato Ward in a bid to shore up the company's financial standing, sources said.

The major advertising company plans to choose its preferred negotiating partners as early as January.

The office tower could fetch a sales amount of a staggering 300 billion yen ($2.9 billion).

Built in 2002 near JR Shinbashi Station, a major transit hub, the 48-story building stretches about 210 meters tall. It houses Caretta Shiodome, a commercial facility, which accommodates about 60 restaurants, cafes, bars and other shops.

Even once Dentsu sells the building, most of the floors will be rented out, and it will not relocate its own headquarters to a new office.

Once Dentsu rents most of the building, it plans to downsize its own office space by half.

Dentsu Group has been struggling to turn a profit in its advertising businesses, both in Japan and abroad. It is expected to record a net loss for the business year ending in December 2020 for the second consecutive year.

Avex Inc., a major music and entertainment company, also announced in December that it will sell its headquarters building in Tokyo’s Minami-Aoyama district.