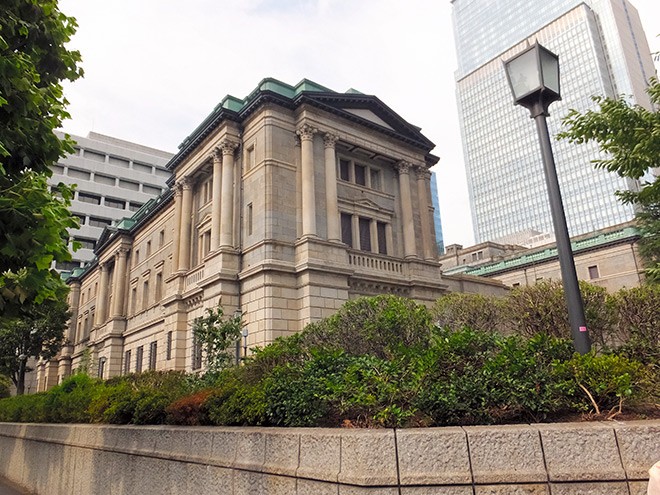 The Bank of Japan kept monetary policy steady on Thursday and revised up its economic forecast for next fiscal year, signaling that it has delivered sufficient stimulus for now to cushion the blow from the COVID-19 pandemic.

But the central bank warned of escalating risks to the economic outlook as new state of emergency measures rolled out this month hit consumption and threatened to derail a fragile recovery.

“Our projections could change depending on developments regarding the pandemic and how they affect domestic and overseas economies. Uncertainty is therefore extremely high,” the BOJ said in a quarterly report on the outlook.

As widely expected, the BOJ maintained its targets under yield curve control (YCC) at -0.1 percent for short-term rates and around 0 percent for 10-year bond yields.

Deputy Governor Masayoshi Amamiya was absent from the meeting because he stayed home as a precaution after a relative took a PCR test for the coronavirus, the BOJ said.

In fresh quarterly projections, the BOJ upgraded next fiscal year’s growth forecast to a 3.9 percent expansion from a 3.6 percent gain seen three months ago based on hopes the government’s huge spending package will soften the blow from the pandemic.

It also upgraded its assessment on capital expenditure to say it was bottoming out, and projected exports to increase broadly thanks to robust overseas demand.

But it offered a bleaker view on consumption, warning that services spending will remain under “strong downward pressure” and could add deflationary impulse to the economy.

“Japan’s economy is picking up as a trend,” the BOJ said in the report, offering a slightly more nuanced view than last month when it said growth was “picking up.”

Many analysts had expected the BOJ to hold fire ahead of the bank’s review of its policy tools scheduled in March, which aims to make them more sustainable as Japan braces for a prolonged battle with COVID-19.

Markets are focusing on Governor Haruhiko Kuroda’s post-meeting briefing for hints on what could come out in the review.

Sources have told Reuters the BOJ will discuss ways to scale back its massive purchases of exchange-traded funds (ETF) and loosen its grip on YCC to breathe life back into markets numbed by years of heavy-handed intervention.

“There is a high possibility the BOJ will slow its ETF buying,” said Shinichiro Kobayashi, senior economist at Mitsubishi UFJ Research and Consulting.

“But the BOJ will do so in a way that doesn’t give markets the impression it is dialing back stimulus,” he said.

Many analysts are also watching out for any response from Kuroda to a media report the central bank could widen the implicit range for which long-term yields are allowed to move around its 0 percent target.