VOX POPULI: Pandemic health 101: Stop getting drunk so much to kill the pain 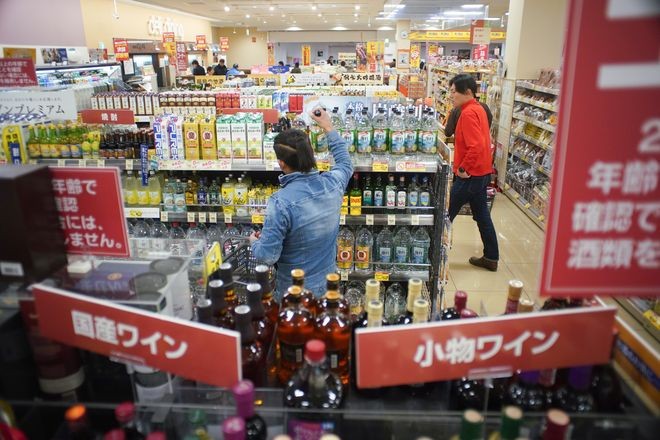 Gin, cheap and potent, was in great demand in 18th-century London.

For laborers during the Industrial Revolution, getting inebriated on this affordable liquor was just what they needed after their grueling day at work, according to "Pabu to Biiru no Igirisu" (England of pub and beer), by Misao Iida.

But gin was also ruining people's health, and when the situation became critical, the government started promoting beer drinking instead.

"Gin Lane," a print issued by an English artist in the mid-18th century, depicts men and women in advanced states of intoxication, such as a nursing mother letting her baby slip out of her arms. "Damn'd Cup!" reads a caption.

This print was paired with "Beer Street," which shows people happily enjoying their mugs of beer.

This "advertisement" may have set the tone for the present "pub and beer" culture.

Weaning the public off strong liquor is also a pressing task in Japan today.

Asahi Breweries, Ltd. is aiming to increase the combined share of its alcohol-free and low-alcohol beverages--with less than 3.5 percent alcohol content--to 20 percent of its sales volume.

Other companies are making similar moves.

Health damage from excessive alcohol consumption is a global problem. The World Health Organization warns that the anxieties and loneliness felt by people amid the coronavirus pandemic are making them especially vulnerable to overdrinking.

"Changes in behavior" is an expression frequently heard in connection with infection prevention, and I wonder if changes in one's drinking behavior are also possible.

The alcoholic content of the beverage matters, of course, but what we need to watch more carefully is the volume we consume.

I intend to remember this poem whenever I am tempted to overindulge with sake during the lockdown.