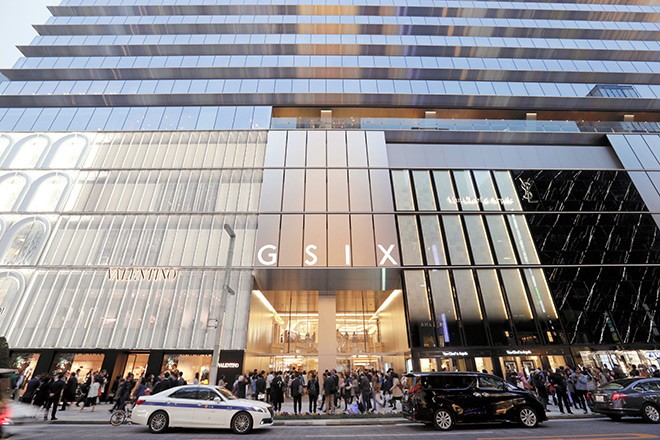 The Ginza Six mall opened in April 2017 at the former site of the Matsuzakaya department store in Tokyo’s upscale Ginza district and has been a major draw for foreign tourists. (Asahi Shimbun file photo)

Tokyo’s swanky Ginza Six mall will undergo its first large-scale remodeling less than four years after opening to draw back customers following a series of closures of its tenant stores.

About 40 stores, including fashion chain Beams and cosmetics brand Shiseido, are expected to or have already closed since December. The number accounts for nearly 20 percent of the stores in the luxury commercial complex, a well-known landmark in the upscale Ginza district.

Ginza Six's operating company said stores are closing in succession because many tenants’ contracts with the retail complex have expired or will soon expire.

“Store closures are anticipated,” said a public relations official of the operating company. “The closures are not due to sluggish sales amid the COVID-19 pandemic.”

The company announced on Jan. 26 that Ginza Six will add more than 40 new stores, including high-end brand Gucci Watch & Jewelry and organic supermarket chain Bio c’ Bon, by this spring.

Ginza Six opened in April 2017 at the former site of the Matsuzakaya department store. Many foreign tourists used to drop by the shopping mall as they strolled through Ginza, but customer numbers have been falling amid the pandemic.