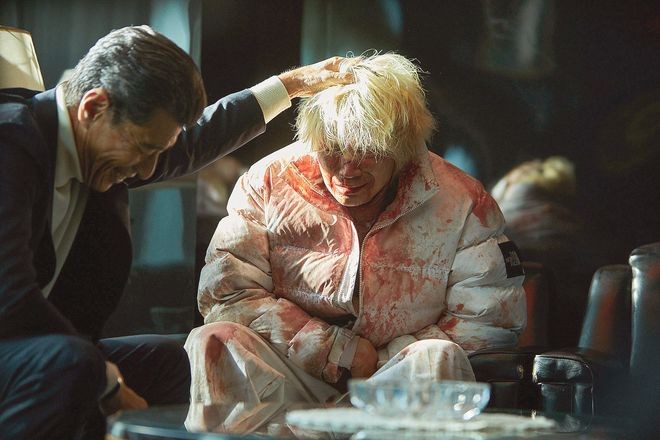 Two new movies about gangsters mark a clear departure from classic yakuza flicks by portraying absurdities in society through the eyes of gangsters instead of emphasizing a sense of obligation and sympathetic characters.

Although yakuza movies were once a very popular genre, only a handful have been made in recent years. The two new ones show how real-life changes are now affecting those in the underworld.

“Yakuza and the Family” was created by director Michihito Fujii. He used the same production crew that he worked with on “The Journalist,” a 2019 film that won the best picture of the year award at the Japan Academy Film Prize in March 2020.

The latest film, released on Jan. 29, follows the life of a man, played by Go Ayano, for 20 years. He enters the underworld, gets arrested after a gang war and cuts all ties with the yakuza group.

The story emphasizes “family” while showing the changes surrounding yakuza in a straightforward manner.

Police and local governments have put the squeeze on “anti-social forces,” or gangsters and other underground organizations, with the revised anti-organized crime law and organized crime exclusion ordinances. The crackdowns have not only hurt the finances of the groups but have also “excluded” members from society.

The movie sheds light on human rights issues by showing that former gangsters cannot open bank accounts even after they sever ties with the underworld under the “five-year rule.” They and even their family members are targets of abusive comments on social media.

“The film is so realistic that it is dark and gloomy, but it also shows the overwhelming reality,” said Garyo Okita, who has written about yakuza gangs and served as a supervisor on the project using his own experiences.

Producer Mitsunobu Kawamura added: “With the changing of the times and with neoliberalism increasingly dominant, we have seen mutual surveillance and peer pressure become more intense. The exclusion of yakuza symbolizes such a society.”

Miwa Nishikawa’s “Under the Open Sky,” which hit cinemas on Feb. 11, portrays the life of a former gangster with a twist.

The film shows social absurdities and the difficulties of life through the protagonist, played by Koji Yakusho, who has served time for murder and struggles to fit back into society.

The story is loosely based on “Mibuncho,” a novel by Ryuzo Saki.

In preparing the film adaptation, the director interviewed former yakuza members and ex-convicts.

“Exclusions and clampdowns have intensified in modern times, but there are no places for them to go to afterward,” Nishikawa said.

The movie shows how society turns a cold shoulder on yakuza. It also portrays the protagonist’s old yakuza friends, whom he turned to for help, and their decline in power.

Nishikawa has captured the complexities of society through characters who have committed crimes.

“When those who are forgotten and excluded by society are portrayed, it begins to show the world surrounding them even if the focus is placed on an individual,” the director said.

Film critic Takeo Matsuzaki emphasized the meaning of the two movies being released back to back.

“They are different from traditional yakuza movies, but the directors who are worthy of attention both took up the theme because there are things in society that must be addressed,” Matsuzaki said. “Their approaches are different, but both of them present changes of the times by throwing the characters into modern society after their prison terms, and portray the current of social polarization, which has also become a global theme, with a new standpoint through the eyes of the misfits.”