Hokkaido’s ‘Shiroi Koibito’ cookies to be sold in China, U.S. 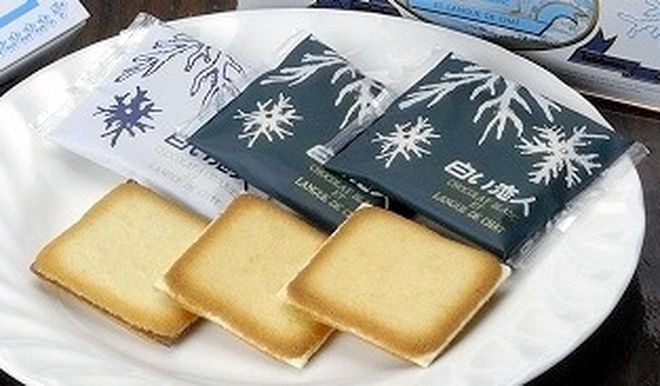 SAPPORO--Amid a prolonged slowdown in tourism from the novel coronavirus pandemic, Ishiya Co. is looking to expand into foreign markets for its "Shiroi Koibito" cookies, sold exclusively in Hokkaido.

The confectionery maker plans to open its first overseas shops in China and the United States to increase sales of its signature treat and bring back tourists to Hokkaido.

"If our profile is raised outside Japan, it could lead to an increase in tourists visiting Hokkaido in the future," said an Ishiya public relations representative.

Ishiya said it will work out details such as locations and the number of shops, but new stores will open by the end of the year, at the earliest.

Although the company operates 12 shops in Sapporo, Tokyo and Osaka, Shiroi Koibito is not sold outside the northernmost prefecture.

Ishiya has promoted the rarity of the cookie, saying that it can only be purchased in Hokkaido. But with no prospect of recovery in the number of tourists in the near future, the confectioner deemed it necessary to expand sales channels overseas.

Inbound tourists had accounted for a large portion of Ishiya's sales. But their number dramatically plunged in and after February last year when the pandemic was worsening in Japan, forcing the company to temporarily shut down the production line for Shiroi Koibito between February and March.

As of January this year, sales were still about half of the same period of the previous year.

In China, Shiroi Koibito is famed as a souvenir representing Hokkaido. It is already available in the country via Tmall Global, an online shopping website operated by Chinese IT giant Alibaba Group, and other channels.