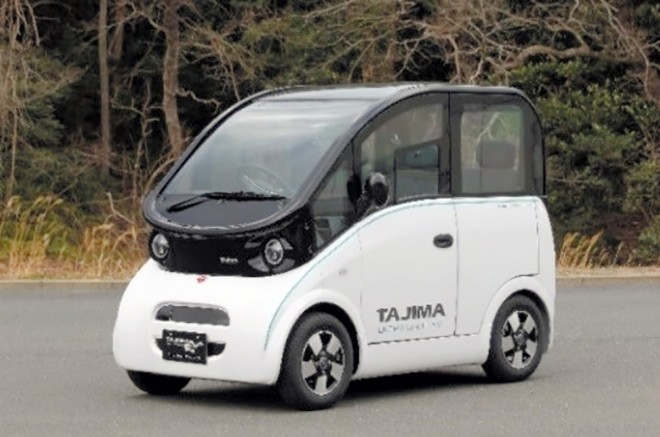 Major oil wholesaler Idemitsu Kosan Co. plans to mass-produce an ultra-compact electric vehicle starting in 2022 to create a new revenue source as the world motors away from gasoline to greener energy sources.

Idemitsu Kosan, Japan’s second-largest oil distributor, announced on Feb. 16 it will offer the EV mainly through subscription and car-sharing services at its 6,400 or so gas stations across the country.

The four-seater under development is smaller than a conventional minivehicle, measuring 2.5 meters long and 1.3 meters wide.

The car can be recharged from a household power outlet. It can travel around 120 kilometers after roughly eight hours of charging and has a maximum speed of 60 kph.

Idemitsu Kosan aims to offer the new model at a price of 1.5 million yen ($14,160) or lower. The company expects to sell a million units annually by catering to demand for short-distance rides in towns and by meeting the needs of elderly people looking for vehicles that are easier to drive.

“It is unrealistic to think that gasoline-powered cars will disappear all at once,” Shunichi Kito, president of Idemitsu Kosan, said at an online news conference. “There are still needs for gasoline and light fuel oil for the time being, so we want to boost customer convenience and add more value to the network of our gas stations (by offering the ultra-compact EV).”

Until recently, drivers in Japan could only use ultra-compact EVs within the jurisdiction of certain municipalities. But they can now travel freely, thanks to a revision of the Road Transport Vehicle Law in September last year that updated safety standards.

Toyota Motor Corp. began selling the C+pod, an ultra-compact, two-seat EV, to companies and local governments in December. The firm plans to start offering the model to consumers by 2022.