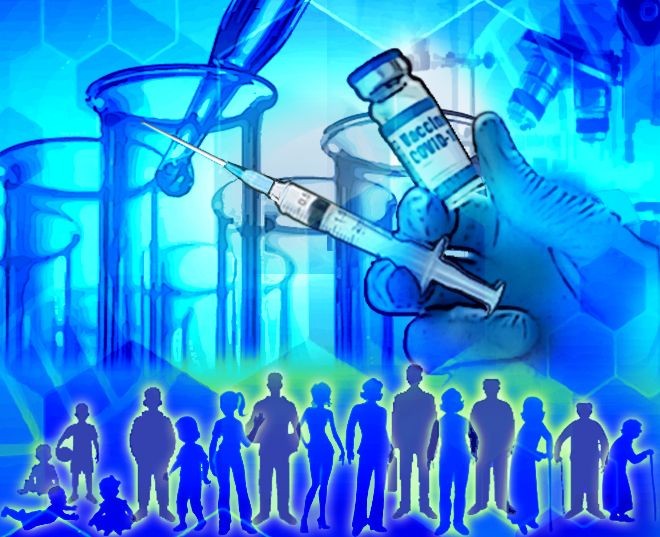 hanging a rose by her doorknob Valentine’s Day

flu vaccination
in a dose of inoculant
the sunshine
--Samo Kreutz (Ljubljana, Slovenia)

a place in my heart
with his name on it...
beloved
--Karen Harvey (North Wales)

The haikuist awoke feeling his prayers had been answered. Masumi Orihara believes “safe vaccination is what the world is urgently wishing for.” She praised the sacrifices made by volunteers during vaccination trials. Nani Mariani counted the slow passing of time, and of lives, in Melbourne, Australia. Sherry Grant’s debut haiku to this column blossoms with faltering love from Auckland, New Zealand.

Easing up
winter of the world
the vaccination subjects

in this place
rose petals fall one by one
winter

Mark Gilbert confirmed that “there is a desire for a magic bullet” in Nottingham, U.K. Robin Rich is ready for a quick-fire response in Brighton, U.K. Giuliana Ravaglia fathomed fog in Bologna, Italy.

queues and pricks
an inoculation
against hard knocks

head of state
invests in a vaccine
just a little prick

fog--
the tip of fear
emerges

On pins and needles, Ashoka Weerakkody worried that the promised vaccine is hibernating rather than working in Colombo, Sri Lanka.

the sound
of a flu shot--
swine squeals

Upon hearing this column’s call for ox-themed haiku, Leyla Igarashi said her husband Hisaji blurted out the following three lines “in one go.”

I can say it
in many a language
“moo”

Anne-Marie McHarg bellowed best she could while reading a library book in London. Pronunciation expert Aaron Ozment might agree with that onomatopoeic observation for lowing cattle, but he disagreed with neighbors in Kagoshima over the weather. Mariangela Canzi could care less about the cold in Mariano Comense, Italy. In Krakow, Poland, Marta Chocilowska was satisfied she had enough rice to pound into cakes. All is well in the world, according to Maxianne Berger in Montreal, Quebec.

cold morn
I fling the window
and bring in the sun

no snow
in the bowl
rice cake

Contrary to the New Year musings of his favorite haikuist who lived in snowbound Kashiwabara, Adjei Agyei-Baah shooed the spiders away from his home during Ghana’s dry, dusty wind season. Taofeek Ayeyemi’s windblown house in Lagos, Nigeria, lacks any sign of life.

sudden wind…
the static leaves
of a plastic plum

Paul Faust preferred to be in his own house in Ashiya, Hyogo Prefecture. He hoped that the arrival of the vaccine in Japan might end his isolation.

her whisper--
final touch of
my drawing

loving him
beside the lake
under the moon

Nani Mariani practiced elocution in Melbourne, Australia. Charlie Smith reported bittersweetly from North Carolina that he “got the first dose of vaccine,” but his wife “is still waiting for an appointment.” So, they “wear a mask even on our dog walks and evening strolls.” Pitt Buerken reported from Munster, Germany, that “we have less vaccine,” so he remains worried about the new strains of the airborne virus.

If only “the plague would calm down,” Teiichi Suzuki said he hopes to be among the first to physically experience the flowering season in Osaka.

Amita Paul likened the vaccination received in the previous century to “a medium sized coin pressed into the skin and branded there with fire. It grew with the person, a cratered moon shape, first on soft baby flesh, then on the taut skin of youth, then on the sagging upper arm of middle age.” Suresh Babu felt the round cicatrix left by a previous vaccination. Kath Abela Wilson hadn’t thought about vaccination for a long time because it used to only “be an odd thing that happened at school, for tuberculosis or polio.”

sleeveless--
a dollar scar
on her right arm

Francis Attard forgave the street artists who ran away in Marsa, Malta: Metro--first graffiti maker in a mask cheats the CCTV.

After a 6.4 magnitude earthquake rattled Croatia, Zdenka Mlinar lit a candle for the deceased at a church in Zagreb. Vasile Moldovan compared blossoms to fireworks in Bucharest, Romania. After an explosion of activity, tranquility was restored in Hifsa Ashraf’s hometown of Rawalpindi, Pakistan.

Day of Mourning
looting of demolished houses--
forgive them, God

chain explosion--
the apple buds open one
after the other

after fireworks
reconnecting
with the stars

The next issues of the Asahi Haikuist Network appear Mar. 5 and 19. Readers are invited to send haiku about strong spring winds or calm spring seas on a postcard to David McMurray at the International University of Kagoshima, Sakanoue 8-34-1, Kagoshima, 891-0197, Japan, or e-mail to (mcmurray@fka.att.ne.jp).