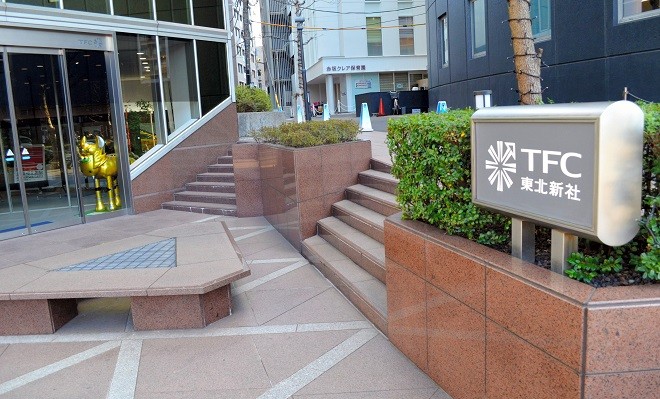 He was so formidable that just a glimpse of his “kabuto” helmet and “jinbaori” surcoat on the battleground was enough to strike terror in the hearts of enemy soldiers.

One day, the son of Shinbei’s lord and master asked to borrow Shinbei’s helmet and surcoat.

The young man was going to his first battle the next day and wanted very much to distinguish himself by surprising the enemy.

When the young warrior appeared on the battleground in Shinbei’s getup, the enemy lines started falling into disarray.

Appearing as a powerful person makes you just as powerful.

Perhaps this lesson applies to officials of the Ministry of Internal Affairs and Communications who let their self-control slip away.

In the unfolding lobbying scandal of repeated wining and dining of ministry officials by Tohokushinsha Film Corp., where Prime Minister Yoshihide Suga’s eldest son works, the list of officials who will be reprimanded under the National Public Service Ethics Code seems to be growing.

The Diet has been trying to find out why the officials kept accepting frequent dinner invitations from Tohokushinsha alone.

But although nothing has been explained to the public’s satisfaction, we can imagine why it was difficult for the officials to just say no.

Their “host” was not only the prime minister’s son but also an old acquaintance from the time he worked as an aide to the internal affairs minister.

Back in the 1990s, financial institutions were involved in a spate of scandals for aggressively wining and dining officials of the Ministry of Finance and the Bank of Japan. For entertainment bills of about 10,000 yen ($95) per person, the code word “Zabun” (an onomatopoeia for “splash”) was used.

For bigger expenditures of around 50,000 yen per head, the code word was “Dobon,” also an onomatopoeia for “splash” but for an object falling into deeper water with greater impact.

Bills in the latter category have been paid in the current scandal.

In the story mentioned at the start of this column, Shinbei also fights in the same battle that was the young warrior’s first, and in a different helmet and coat from usual. Enemy soldiers come at him fearlessly, until Shinbei starts finding himself in a quandary of his own making--of lending his gear too readily.