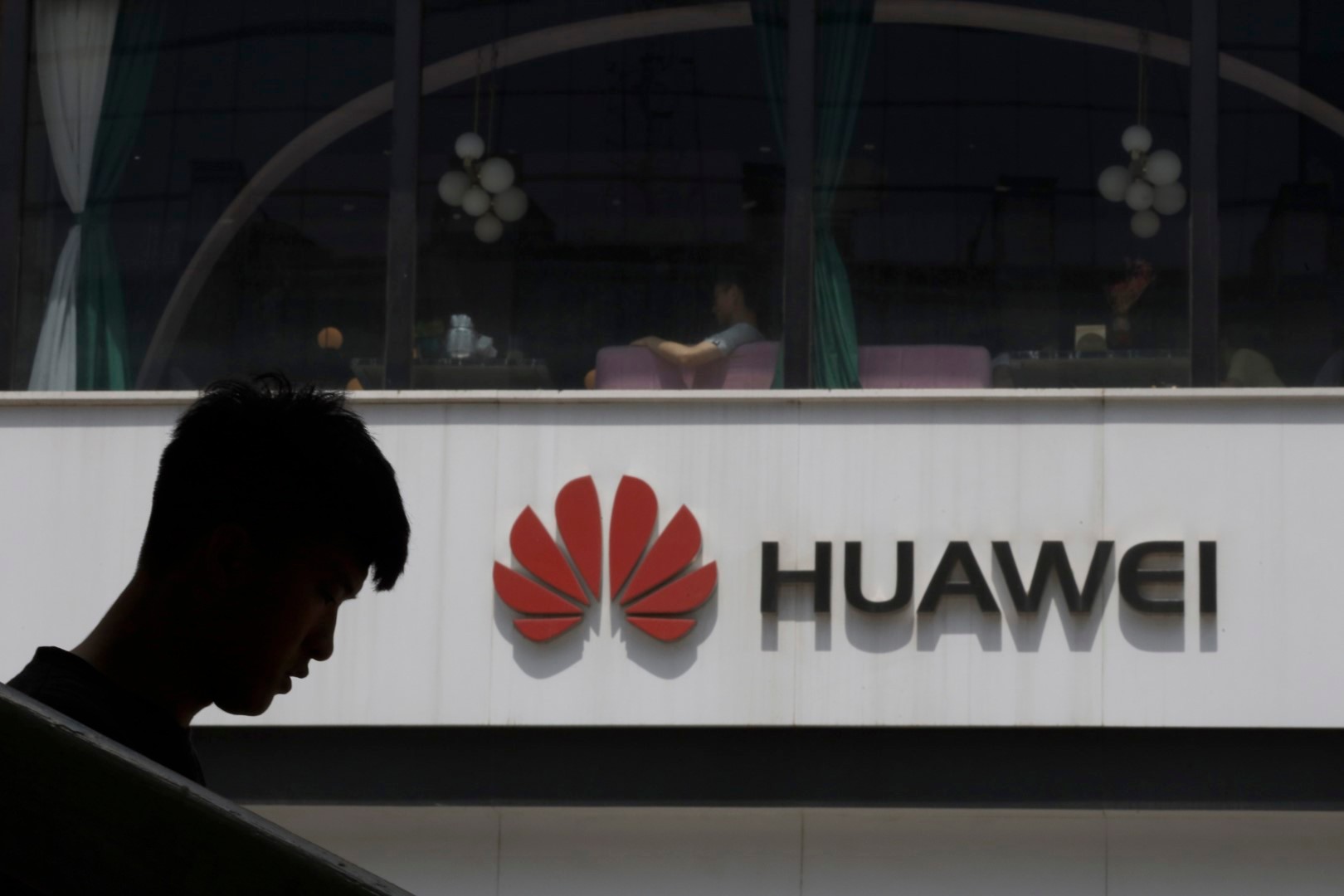 In this May 16, 2019 file photo, a man is silhouetted near the Huawei logo in Beijing. (AP Photo)

BEIJING--Struggling under U.S. sanctions, Huawei unveiled a folding smartphone with an 20 centimeter-wide screen Monday to show off its tech prowess but said it will be sold only in China.

Huawei says the Mate X2, its third folding phone, has crisper visuals and better sound for movies and games. It runs on Huawei’s most advanced processor chip, the Kirin 9000.

Huawei, China’s first global tech brand, was battered by being put on an export blacklist by then-President Donald Trump in 2019 as a security risk, an accusation the company denies. Huawei sold its budget-priced Honor smartphone brand in November to focus resources on higher-end models.

Monday’s launch “says a lot about how it still wants to trumpet its advances in technology, even if commercially speaking, its shipments will be severely hampered,” said Bryan Ma of IDC in an email.

Executives said earlier Huawei stockpiled chips and other components in preparation for a possible U.S. cutoff. It isn’t clear how long those supplies might last.

Huawei designed the Kirin line that powers its most advanced smartphones but relies on outside manufacturers including Taiwan’s TSMC to make them.

The Trump administration stepped up sanctions last year by blocking TSMC and other global producers from using U.S. technology to make chips for Huawei, including those designed by the company.

Without Google music and other services preinstalled, Huawei’s smartphone sales, including Honor, fell 22 percent last year to 188.5 million, according to Canalys.

Huawei’s smartphone unit depends increasingly on its home China market, which accounts for more than 70 percent of sales, up from 50 percent in 2019. The loss of Google services had no impact in China, where they aren’t licensed and Huawei already used local alternatives.

China’s ruling Communist Party has spent billions of dollars trying to build its own chip industry. But domestic producers lack the technology to manufacture chips for Huawei’s most advanced products.

“The bigger question is more about how long their current stockpile of components will last them,” said IDC’s Ma.