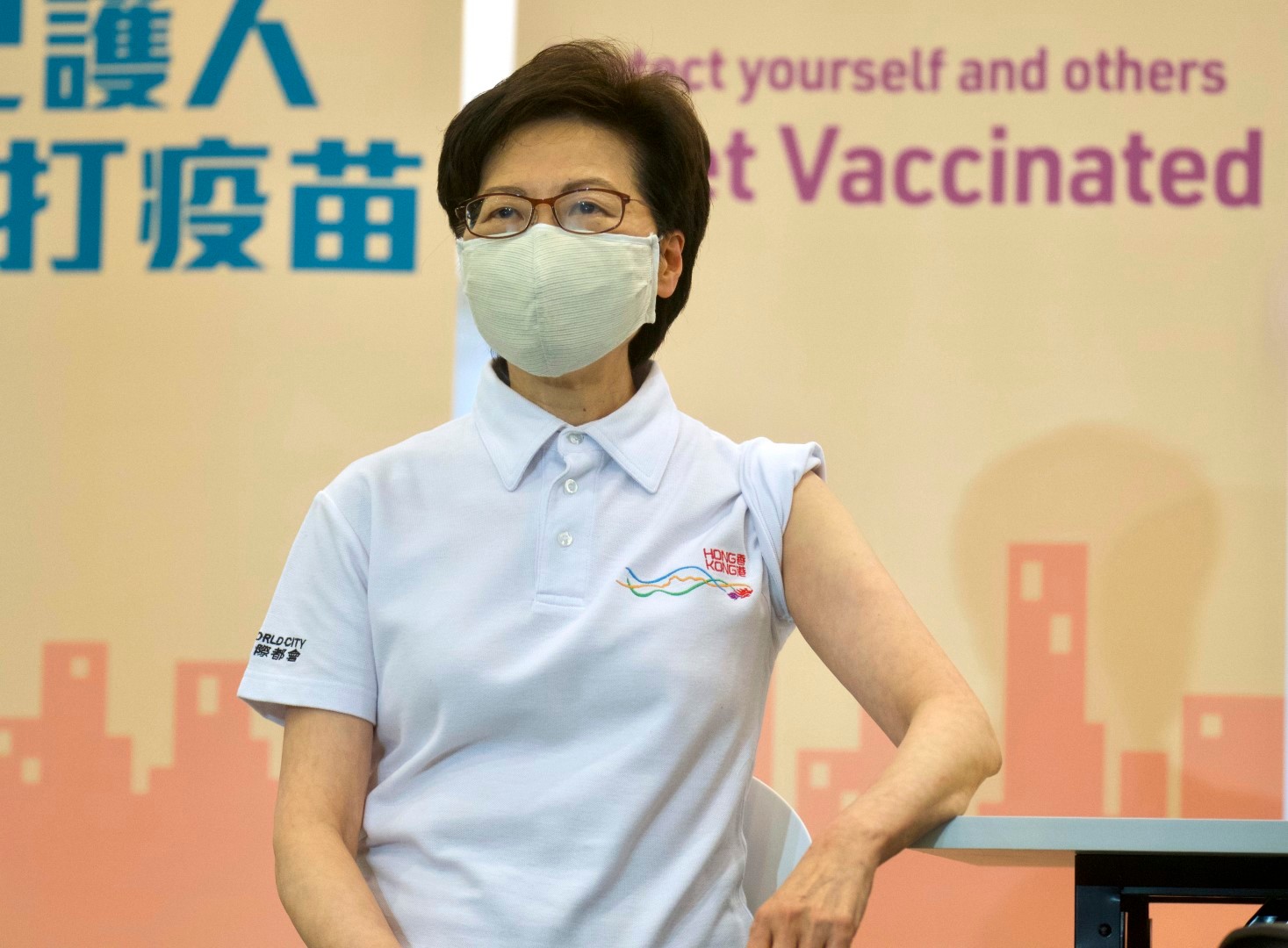 HONG KONG--Hong Kong’s Chief Executive Carrie Lam endorsed plans by Beijing to ensure “patriots” rule the city, saying on Tuesday they were needed to stop hatred of China and sustain the ‘one country, two systems’ governance model for the Asian financial hub.

Her comments, made at a regular weekly news conference, come after a key member of China’s cabinet signaled changes to Hong Kong’s electoral system that would further reduce the pro-democracy opposition’s influence in the city.

Xia Baolong, director of the Hong Kong and Macao Affairs Office of the State Council, said Hong Kong can only be ruled by “patriots,” a term he said includes people who love China, its constitution and the Communist Party and excludes anti-China “troublemakers.”

The measures would further consolidate the authoritarian turn Hong Kong has taken since Beijing’s imposition of a sweeping national security law in June 2020 and the arrest of most of its prominent democratic politicians and activists.

Lam built on Xia’s comments on Tuesday, listing a series of anti-government protests since the former British colony returned to Chinese rule in 1997 under an agreement that preserved wide-ranging freedoms not present in mainland China.

Protests demanding democracy or blocking legislation proposed by the various pro-Beijing governments, which culminated with the mass demonstrations in 2019, stoked “hatred” against Beijing and the Hong Kong government, Lam said.

“These series of incidents made the central government worried, and of course, for me, as the chief executive, it is also worrying,” Lam told reporters.

“To stop the situation from worsening to a point that ‘one country, two systems’ could hardly be carried out, the problems need to be tackled at a central government level.”

The changes, likely to be announced in March, are expected to restrict who could run in legislative elections and lead to the disqualification of most lower-level district councilors--the majority of them being pro-democracy politicians.

New rules could also skew a 1,200-member committee which elects the city’s leader in favor of the pro-Beijing camp.