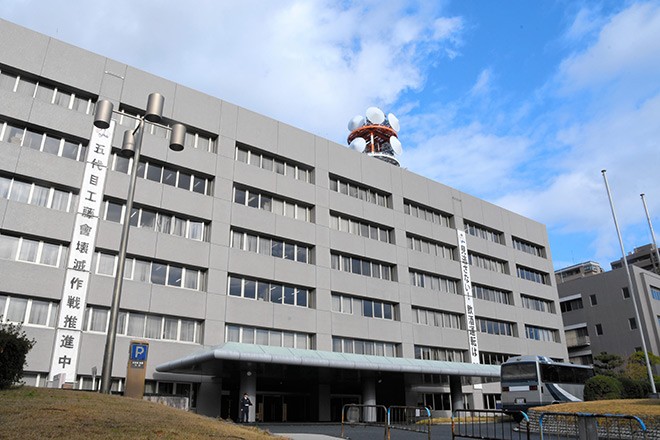 FUKUOKA--Police on Feb. 22 arrested a man who has admitted to tricking his pregnant teenage girlfriend into taking abortion pills by saying they were for a sexually transmitted disease.

The 18-year-old had a miscarriage, but investigators could not determine if the pills were the cause, according to Fukuoka prefectural police.

Jin Mimae, a 21-year-old company employee who lives in Fukuoka’s Nishi Ward, has admitted to the charge of attempted abortion without consent.

“I didn’t want to marry (her),” he was quoted as telling investigators.

The girl, a resident of Fukuoka Prefecture, took a pregnancy test and told Mimae about the positive result on Sept. 19. Before the day was over, Mimae placed an online order for abortion-inducing drugs that have not been approved in Japan, police said.

The following day, the two visited a gynecologist who confirmed the girl’s pregnancy. Mimae then demanded the girl have an abortion, but she refused, reportedly saying, “I want to keep the baby.”

Mimae received the abortion pills on Sept. 24. The words printed on the package were written in Chinese, police said.

At his brother’s home in Fukuoka on the same day, Mimae lied to the teenager: “I have an STD. I may have infected you.” He instructed her to take two abortion pills, pretending that they were for treatment of the STD, according to police.

She developed a headache and a sickening feeling. A friend told her, “Maybe it was an abortion pill.”

On Sept. 25, the girl and her father told the prefectural police about the incident. Later, she took a test at a hospital and learned that she had a miscarriage.

According to the guideline for the abortion pills that Mimae bought, six doses of mifepristone should be taken along with three doses of another drug, misoprostol, police said.

Since the girl took only two doses of mifepristone, it was difficult for police to verify the abortion drug caused the miscarriage, so they arrested Mimae on suspicion of attempted abortion without consent.

Arrests of people who are not health care practitioners over nonconsensual attempted abortions are rare.

Police plan to identify the website where Mimae bought the unapproved drugs to investigate the distribution channel.

Under the Maternal Protection Law, abortions for economic reasons or to protect the health of the mother are legal in Japan.

But abortions can only be performed through operations. Drug-induced abortions are still illegal in Japan.

The health ministry has cited numerous reports of side effects of mifepristone, such as heavy vaginal bleeding. The drug also does not work for pregnancies outside the uterus, and may cause ruptures in the fallopian tube without proper treatment, according to the ministry.

However, the World Health Organization has recommended the abortion pill as one of the safest and most effective ways to end a pregnancy.

A treatment that combines mifepristone and misoprostol has been approved in more than 70 countries and regions, where the drugs are prescribed by a doctor.