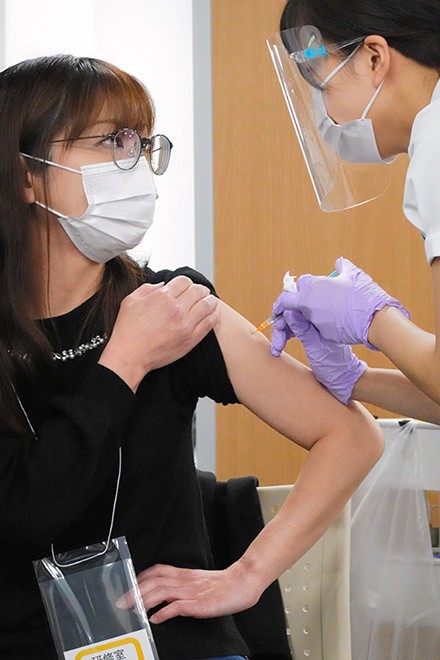 A health care worker gets a COVID-19 vaccine in Musashimurayama, western Tokyo, on Feb. 20. (Eriko Noda)

Tokyo confirmed 275 new novel coronavirus infections on Feb. 23, bringing the daily average for the week to 318.3, or 86.1 percent of the figure for the previous week, metropolitan government officials said.

The capital set a goal of reducing the number of new COVID-19 cases to 70 percent of the level for the previous week when the second state of emergency was extended to March 7.

Although Tokyo did reach that target, the week-on-week percentages have since increased, indicating that the decline in new infections is leveling off.

The number of serious cases in Tokyo stood at 77 on Feb. 23, one more from the previous day.

There were 65 people aged 65 or older who were newly confirmed infected.