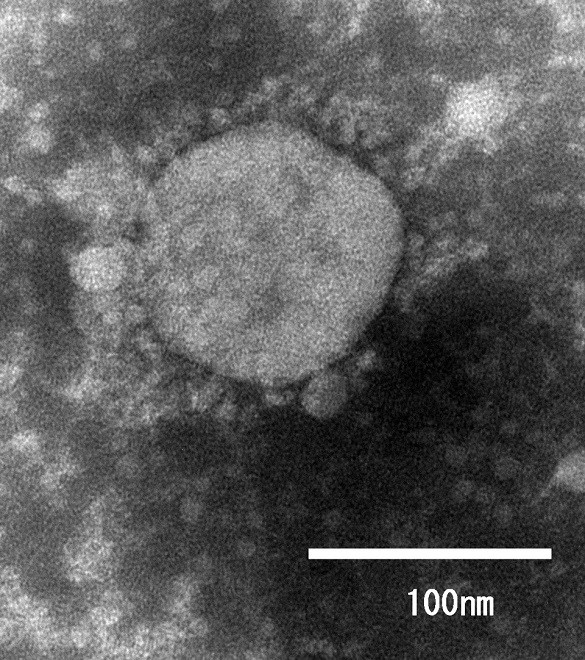 Ever since Japan's first case of a variant of the novel coronavirus was confirmed in late December through airport quarantine checks, cases have increased around the nation.

This calls for stricter monitoring and containment.

More than 100 people have been infected nationwide, many of whom have no history of overseas travel. Multiple coronavirus clusters have also occurred, and novel coronavirus variants now come in a broader variety.

Some variants are said to be more infectious than others. Is that true? We also need to know the odds of them causing greater health damage, and if the incipient COVID-19 vaccinations are effective on them.

An outbreak has occurred among children, even though they have been considered less prone to infection than adults. The National Institute of Infectious Diseases (NIID) launched a survey last week to determine the patients' age distribution and differences in the severity of their cases.

Health minister Norihisa Tamura told a news conference on Feb. 19 that the infections "are not spreading like wildfire."

But unwarranted optimism is the last thing we need.

In Britain where a coronavirus variant began spreading last December ahead of anywhere else in the world, the government imposed strict rules including lockdowns and curfews, and managed to bring the numbers down.

Globally, however, the numbers are unmistakably rising.

However, the tests are given only to a limited number of people out of all the patients who have been checked by prefectural governments.

And there also are other recently confirmed variants that cannot be detected by PCR tests. Moreover, there is still no knowing how many of the COVID-19 cases, confirmed by private-sector tests, were caused by novel coronavirus variants.

We absolutely feel insecure. All these uncertainties are reason enough to call for a more efficient monitoring system centering around tests.

At the same time, we should also understand that variants can suddenly emerge. We need to be prepared for such an eventuality.

When deciding whether to maintain or end a state of emergency, the type and spread of the variants must be taken into consideration.

An epidemic of a highly infectious virus would naturally further strain the health care system.

It would be crucial to ensure that sufficient hospital beds and recovery facilities for patients can be secured, and that local "hokenjo" health centers, which will be largely responsible for front-line operations to contain the epidemic, are adequately staffed and equipped.

The risks posed by coronavirus variants were pointed out last week during the Tokyo metropolitan government's COVID-19 monitoring conference, which analyzed the state of infections and other factors in the nation's capital.

Experts stated their views to the effect that to deal effectively with such variants, the number of infected people must first be brought down substantially.

Monitoring and research of variants are undertaken mainly by NIID and regional institutes of public health, but there are limits to what they can do.

We suggest that more personnel and facilities of universities, university hospitals and research institutes be utilized for those tasks.

In fact, what the nation needs is a setup that enables researchers to collaborate across ministerial jurisdictions, irrespective of their respective positions.