VOX POPULI: Hay fever season made worse as people mistake it for COVID-19 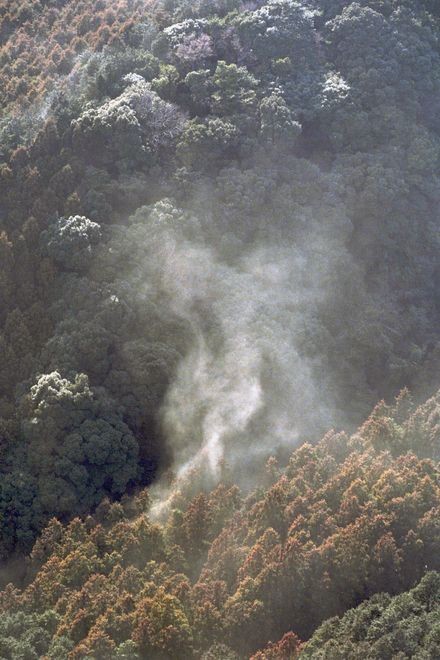 Even though this poem is about the new year, I feel like reciting it around this season every year.

Red and white ume Japanese plum blossoms and early-blooming cherries are breathtakingly beautiful now. But the pleasure of admiring them on my walks is greatly diminished by the infernal cedar pollen that's started flying around.

Hay fever is called a Japanese national disease today. But in the past, it was considered peculiar to British and American populations, according to "Kafunsho to Jinrui" (Pollen allergy and the human race) by Kaihei Koshio.

In the early 19th century when nobody even knew what caused the condition, a British physician, who was a sufferer himself, published an academic report on it.

Describing how his eyelids began to feel feverish in June every year, he wrote to the effect, "Assailed by intense itches and aches, I felt as if certain small spots on my eyeballs were being stung or stabbed. ..."

He also noted that he'd tried fasting and using a laxative, but neither helped.

One theory was that intense heat or neurosis could be a trigger, but it was eventually confirmed that grass pollen was the culprit.

This had largely to do with the reclamation of wasteland that resulted in the creation of more pastures.

In the United States, ragweed pollen, in particular, became a scourge for many. And this plant started invading vacant lots that were popping up around the nation in the process of urban redevelopment.

We can blame pollens all we want, but that would be tantamount to blaming human endeavors.

Our cedar pollen problem is an outcome of Japan's postwar reforestation policy.

A move is now afoot to plant more pollen-free cedar trees. This is encouraging, but it will be quite a while before the results can be felt.

For now, all I want is for the COVID-19 pandemic to end, so I won't have to suppress my sneezes anymore when I'm around people.

Like a red-eyed turtle dove, my eyes are tearing and and my eyelids are puffy. I would not say I want to go back to the time when there were fewer cedar trees.

But if possible, I want to return to last year when there was less pollen than usual.