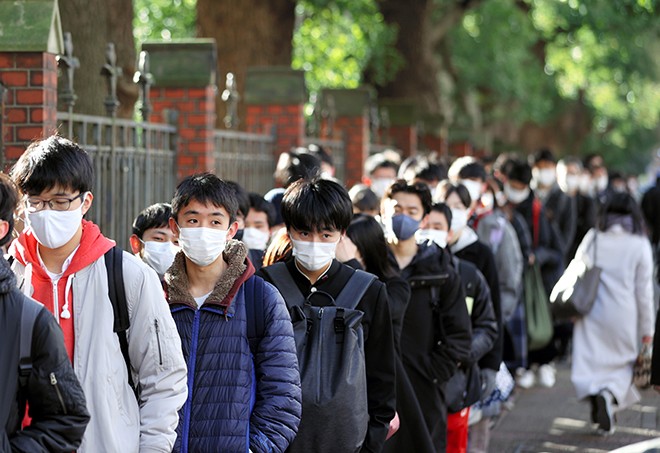 People line up to take an entrance exam for the University of Tokyo in the capital’s Bunkyo Ward on Feb. 25. (Toshiyuki Hayashi)

Tokyo confirmed 340 new COVID-19 cases on Feb. 25, bringing the daily average for the week to 279.7, or 78.8 percent of the figure for the previous week, according to metropolitan government officials.

The ratio was down from 83.3 percent for the week that ended Feb. 24 and moved closer to the metropolitan government’s week-on-week goal of 70 percent.

The number of serious cases in Tokyo requiring ventilators or extracorporeal membrane oxygenation, also known as an ECMO lung bypass machine, rose by two from the previous day to 71 on Feb. 25, the officials said.